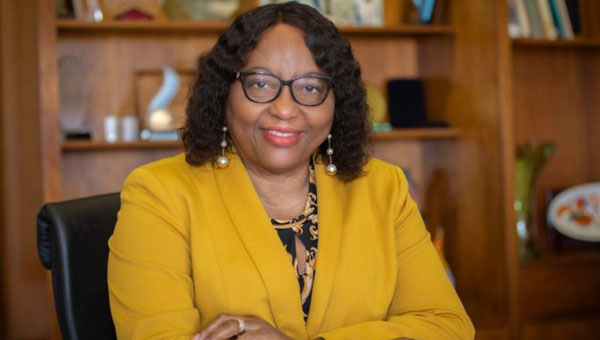 She advised that training has been done in 37 countries and territories to conduct real time polymerase chain reaction (PCR) testing.

These include in-person workshops in Brazil, Jamaica, and Mexico, and a virtual session for over 60 participants, which was organised with the support of Barbados.

“We also helped countries develop surveillance and contact-tracing protocols, which are critical steps to disrupt the chain of transmission. With such confirmatory capacity now in place, we expect to see the detection of additional cases and confirm further spread in the coming weeks,” Dr. Etienne explained.

She was speaking during PAHO’s digital media briefing on Wednesday (July 13).

A total of 1,325 cases of monkeypox have been reported in 14 PAHO member states since May 10, representing 14 percent of the global case count.

The health organisation reports that no deaths have occurred in the region to date.

Dr. Etienne said that 81 percent of the overall confirmed cases in the Americas were reported in the United States and Canada, “with steep increases in cases”, as well as Brazil and Peru after mass gatherings.

Consequently, she said, PAHO has issued public health recommendations on surveillance, diagnosis, clinical care, and vaccination for close contacts of people, with confirmed cases of monkeypox.

Dr. Etienne informed that the global public health risk for the disease is assessed to be “moderate at present”, based on the low mortality rate versus the number of cases being reported for the first time in several countries.

She advised that the International Health Regulations Emergency Committee for Monkeypox will reconvene next week to consider the rising trends in cases globally.

Additionally, she said that members will evaluate the current measures and make recommendations to tackle the outbreak.

The Director noted, that while no deaths from monkeypox have been reported in the region, “it is concerning that… some countries of our region have reported quickly-rising trends, during the last [several] weeks.”

Consequently, Dr. Etienne said PAHO is offering guidance to healthcare professionals on the clinical management and diagnosis of the disease, and infection prevention and control.

“We continue to work with manufacturers, also, to ensure the availability of vaccines for priority groups, should this become required by national authorities,” she noted.

The PAHO Director is also collaborating with civil society and community stakeholders, to alert at-risk groups to the symptoms and provide information on how they can protect themselves.

“So, using this multi-pronged approach, which includes surveillance, prevention, patient care, and a fair distribution of health tools, we still have, I think, a chance to curb the spread of monkeypox in our region. But we need to remain vigilant,” the Director emphasised.