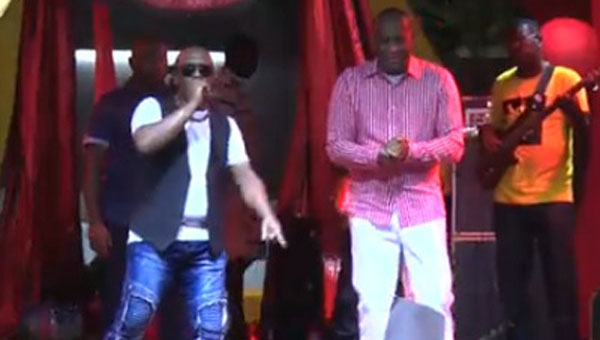 Dominicans To Vote For New Government On December 6

ROSEAU, Dominica, November 6, 2019 (CMC) – Dominicans go to the polls on December 6 to elect a new government, after Prime Minister, Roosevelt Skerrit, last night, announced that he had advised President, Charles Savarin, to dissolve the Parliament, today, in preparation for the poll that was constitutionally due by March next year.

“The time has come for you to decide who will lead the country in 2020 and for the first half of the third decade of the 21st century,” Skerrit said, urging supporters of his ruling Dominica Labour Party (DLP) to go out and vote on election day.

He said that Nomination Day will be November 19.

The DLP will face a challenge from the main opposition party, the United Workers Party (UWP) — headed by Opposition Leader, Lennox Linton — that won six of the 21 seats in the last general election in 2014.

Skerrit said that he is hoping that the campaign, leading up to election day, will be conducted in an atmosphere of civility and peace.

‘The choice is yours, ladies and gentlemen. We need to put Dominica first, in all that we do,” he said, reminding the country that not voting is tantamount to “turning your back on a process that charges the path for the country for the next five years”.

Skerrit is campaigning on a promise of continued good government, improved socio-economic conditions and the construction of a new international airport, funded by China.

The UWP is pointing to corruption within the Skerrit-led administration, and urging Dominicans to allow them to steer the island into a new development path.

The opposition had called for electoral reform, including the issuance of voter identification cards, ahead of the polls.

Last month, the Electoral Office of Dominica (EOD) urged voters to inspect the preliminary voters list that had been published, noting that the preliminary list had been placed at each of the more than 100 polling stations in the 21 electoral districts, in keeping with the requirements of the Registration of Electors Act.

Chief Elections Officer, Ian Michael Anthony, said he is urging voters to ensure that they examine the list and assist the Electoral Office with making updates before the November 19 deadline for accepting Claims and Objections, before the publication of the final Register of Electors at the end of next month.