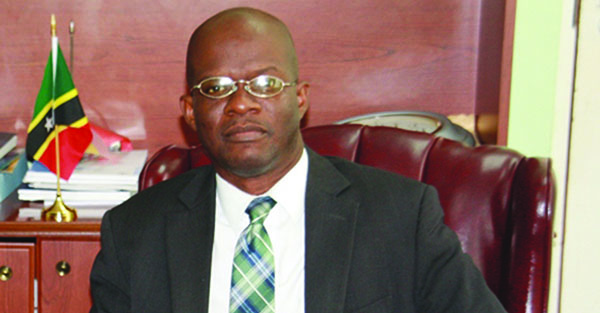 In a statement, Ottawa said that the visa restriction would go into effect from November 22 and that citizens from the twin-island Federation joined those from “the vast majority of Caribbean nations and citizens of some 147 countries”, where visas are needed to enter the North American country.

Ottawa said that the St. Kitts and Nevis nationals in good standing travelling to Canada between “now and November 24, 2014 will be granted a temporary resident permit upon arrival in Canada, free of charge”.

The St. Kitts-Nevis government, on Monday, sought to downplay the decision by Canada, noting that since the September 2011 terrorist attacks on the United States, countries have been reviewing their immigration policies periodically.

“Countries review and change their policies routinely in order to protect their interests and their people and so do we,” Foreign Affairs Minister, Patrice Nisbett, said in a broadcast.

“Canada is an important ally, an ally of long standing. Your government values the strong relations, which over the years that Canada and St. Kitts-Nevis have built.

“Canada has important security concerns, the government recognizes this and the government of St. Kitts-Nevis will do all in its power to respect and accommodate the concerns of such an important ally,” Nisbett said.

But Opposition Leader, Mark Brantley, said that Canada’s position may have been influenced by an Iranian national holding a diplomatic passport issued by the St. Kitts-Nevis government.

“This occurrence in Canada led to immediate concerns there, as to the safety and security of that country’s borders. As a consequence, the media reports confirmed that the Canadian authorities made urgent representations to the Government of St. Kitts and Nevis, raising serious concerns about not just this, but other incidents involving St. Kitts Nevis passport holders entering or seeking to enter Canada using the visa free status currently granted by that country to nationals of St. Kitts and Nevis,” Brantley added.

Brantley said in November last year, Nisbett was “compelled under increasing pressure to make a statement to the National Parliament addressing this issue.”

He said that “Nisbett identified the Iranian gentleman and confirmed that this Iranian national had been granted diplomatic status by the Cabinet.

“Minister Nisbett also confirmed that the Iranian national was made a special envoy for St. Kitts and Nevis to Turkey and Azerbaijan,” he said.

There has been speculation that Canada had imposed the new visa restrictions based on St. Kitts-Nevis nationals based on that island’s Citizenship by Investment Program (CIP), under which investors are provided with St. Kitts-Nevis passports in return for making substantial investments in the country.

Nisbett, who met with a “government diplomat” last Friday, said “Canada wanted to determine for itself exactly who does and who doesn’t enter its territory.”

The statement by Canada, on its official website, stated that the country would continue to “welcome genuine visitors from St. Kitts-Nevis and has a number of programs including a multiple entry visa to make it easy for such legitimate visitors to travel to Canada.”

Nisbett said the CIP has funded projects from agriculture to energy to health, “all of which expanded opportunities for the people of St. Kitts-Nevis” and that the government is “committed to ensuring that the program continues to work and that it continues to work well.”

He said in order to ensure this, the government has always sought to revise “as necessary” the legislation in order “to properly meet the needs of the people of St. Kitts-Nevis and in order to protect the constructive relations we have so careful built with nations across the globe.”

“And the government will always seek ways to strengthen the security features of the St. Kitts-and Nevis passport. This type of vigilance is important today and it will be equally important 20 years from now,” he added, outlining some of the “more recent measures the government has put in place where our passport is concerned”.

Nisbett said that the strong relationship that exists between Basseterre and countries around the world, is evident of the collaborative undertaking “that has moved our country so steadily forward.”

In his address to the nation, Brantley said that the twin island Federation “is still unaware whether this Iranian continues to enjoy not just St. Kitts and Nevis citizenship but our diplomatic status as well.”

“This scandal involving an Iranian having diplomatic status of our Nation showing up in Canada was quickly followed by an Advisory from the United States Government issued on May 20, 2014 wherein the Financial Crimes Enforcement Network warned the world that the St. Kitts Nevis citizenship by investment program was being abused by foreign nationals who wished to engage in illicit financial activity,” he added.

Brantley said that the warnings “therefore were clear.

“It was obvious that the security features of our CBI program were causing great concern within the borders of friendly Nations. Fellow Kittitians and Nevisians, it is an oft stated truism that every action has consequences. Well in a release from Canadian Immigration authorities…the entire nation of St. Kitts and Nevis will now feel the consequences.”

He said, “This unprecedented step taken by the Canadian government tells us all that they are unhappy with the security measures in place in St. Kitts and Nevis in relation to our citizenship by investment program.

“The problem now though is that you and I will pay a price for those undesirables whom the Denzil Douglas led administration has allowed to access our passports,” he said, assuring Canada “that they have no better friends in the region than the people of St. Kitts and Nevis.”

Brantley said he intends to send communication to the Canadian government “assuring them of our commitment to amicably resolve with them any concerns about the safety and security of our CBI program.”