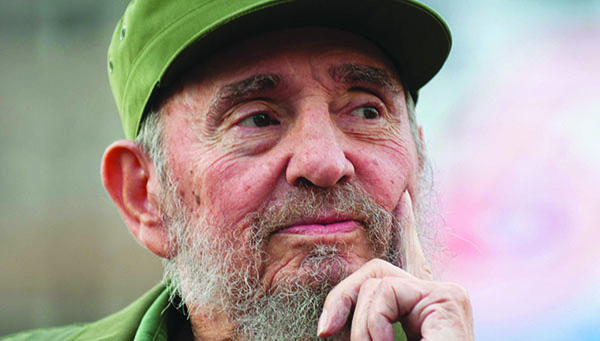 UNITED NATIONS, New York (IPS) – The controversial low-brow Hollywood comedy, ‘The Interview’, portrays the story of two U.S. talk-show journalists on assignment to interview Kim Jong-un – and midway down the road are recruited by the Central Intelligence Agency (CIA) to poison the North Korean leader.

The plot, which has enraged North Korea, accused of retaliating by hacking into the computers of Sony Pictures distributing the movie, is patently fictitious and involves a ricin-laced strip meant to poison Kim while shaking hands with the journalists.

But, as art imitates life from a bygone era, the plan to kill the North Korean leader harkens back to the days in the late 1960s and 1970s when scores of attempts were made by U.S. intelligence services to kill Cuban leader, Fidel Castro, including by hired Sicilian Mafia hitmen.

The hilarious plots included an attempt to smuggle poisoned cigars into Castro’s household and also plant soluble thallium sulphate inside Castro’s shoes so that his beard will fall off and make him “the laughing stock of the socialist world.”

Some of the unsuccessful attempts were detailed in a scathing 1975 report by an 11-member investigative body appointed by the U.S. Senate Intelligence Committee chaired by Senator Frank Church, a Democrat from the state of Idaho.

The failed assassination plots are likely to be the subject of renewed discussion, particularly in the context of last month’s announcement of the resumption of full diplomatic relations between the two longstanding sworn enemies: the United States and Cuba.

Michael Ratner, president emeritus of the Centre for Constitutional Rights, told IPS, “Sadly, and especially to the North Koreans and Kim Jong-un, the movie was not a comedy they could ignore.”

The CIA has a long history of often successful plots to assassinate leaders of countries who choose to act independently of U.S. wishes, he pointed out.

Numerous such plots were exposed in the 1975 U.S. Senate Church Committee report, including attempts against Fidel Castro of Cuba, Patrice Lumumba of the Congo, Rafael Trujillo of the Dominican Republic, Ngo Dinh Diem, the first president of South Vietnam, and others, said Ratner, president of the Berlin-based European Centre for Constitutional and Human Rights.

The supposed ban on such assassination since those revelations is meaningless; the U.S. now calls it targeted killing, he added. 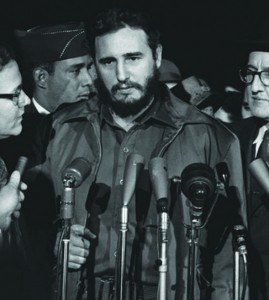 “Think about Colonel Qaddafi [of Libya] and others killed by drones or Joint Special Operations Command.”

Seen in this context, said Ratner, a North Korean reaction would be expected – even though there has not been substantiated evidence that it was behind the Sony hack.

“Think about this another way: it’s fine to make comedies about assassinations of the leaders of small countries the U.S. has demonised. But imagine if Russia or China made a film about assassinating the U.S. president,” he said.

The United States would not simply laugh it off as a comedy.

“There is no problem as long as the target is small country that can be kicked around; let another country make such a comedy about our president, and I assure you, it will pay dearly,” Ratner added.

“The FBI’s rush to judgment – from which the agency may be forced to retreat – has raised protests from internet security experts and suspicions by conspiracy theorists of possible U.S. involvement in a bizarre plot to further isolate the Korean regime.”

They point out, said Dr. Jennings, that stranger things have happened before.

It would not be the first time that the CIA has used dirty tricks to cripple a foreign regime or try to assassinate a foreign leader.

He said folks are therefore entitled to be sceptical about FBI claims and to raise questions about possible CIA involvement in the fuss over the film “The Interview.”

“We only have to remember Iran in 1953, when the elected leader [Mohamed] Mosaddegh was overthrown; Chile in 1973 when President Salvador Allende was assassinated, and the Keystone Cops hi-jinks that the CIA pulled in trying to assassinate Cuban President Fidel Castro between 1960-75.”

The CIA’s own Inspector General as well as the 1975-76 Church Committee reported that a large number of crazy tricks were attempted in trying to get rid of Castro, including poisoned cigars and exploding seashells.

“One wonders what the top CIA officers were drinking when they came up with such silly notions–more like Kabuki theater than responsible policies of a great nation,” said Jennings. “And we all know by now about Abu Ghraib, torture, rendition, and the black sites.

“If it does turn out that the CIA is implicated in any way in this newest Sony vs. North Korea farce, as some are alleging, it’s high time for a new congressional investigation like that of the Church Committee to whack the agency hard and send some of its current leaders back to the basement of horrors where they belong,” said Dr. Jennings.