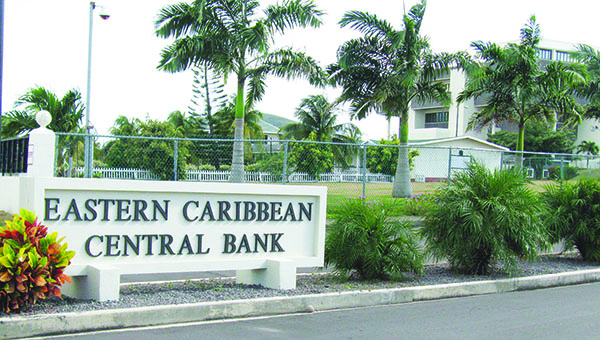 BASSETERRE, St. Kitts, CMC – The Eastern Caribbean Central Bank (ECCB) says businesses in the Organization of Eastern Caribbean States (OECS) expect an improvement in economic conditions in the sub-region for the first half of 2015, compared with the corresponding period last year.

The ECCB said the results of its Business Outlook Survey (BOS), conducted during the period January 1 to February 13, show the respondents’ opinion also suggest that economic conditions for businesses for the period July to December 2014 improved slightly, compared with the corresponding period of 2013.

The businesses surveyed indicated that the terms and conditions for lending set by the banks will tighten in the first half of 2015 relative to the January to June 2014 period.

“Of the businesses surveyed, 34.5 percent indicated that terms and conditions for credit has tightened somewhat, while 31 percent of business indicated that conditions have tightened significantly during July to December 2014, compared with the comparative period of 2013,” according to the results of the survey.

It said that respondents of the survey were asked to identify and rank those constraints in the business environment that negatively impact the operations of their businesses.

The ECCB said the BOS was designed to capture, on a semi-annual basis, the opinions of businesses in the Eastern Caribbean Currency Union (ECCU) member countries in respect of the current and expected state of their business operations, as well as the economies in which they operate.

“The surveyed businesses indicate the direction of change in two main areas: individual business performance and the general economic conditions” and they were also asked to comment on changes in key areas of business activity such as employment, sales, and prices of goods and services.

The ECCB said the BOS augments other economic reports, such as the Quarterly and Annual Economic and Financial Review, as well as the Commercial Banks’ Senior Loan Officers Opinion Survey on Credit Market Conditions in the ECCU, by providing important qualitative information on overall economic and business conditions in the ECCU.

“The main advantage of the BOS vis-à-vis the other reports is that it directly supplies information about the expectations of the business community,” the ECCB said, adding “it can also be used as a tool for forecasting economic conditions in the short term and for ascertaining the major constraints affecting business operations.”

It said the survey captures the views of businesses and their expectations for the first half of 2015. In addition, it also gathers ex-post information on the business environment for the July to December 2014 period.

The survey was conducted by consultants and statisticians in the ECCU. A minimum of 25 companies in each of the member countries was selected to participate.

The ECCB said that only Antigua and Barbuda and St. Lucia did not provide a full sample of 25 respondents for the survey.

The other countries of the ECCU are Dominica, Grenada, St. Vincent and the Grenadines, St. Kitts-Nevis, Montserrat, Anguilla and the British Virgin Islands.