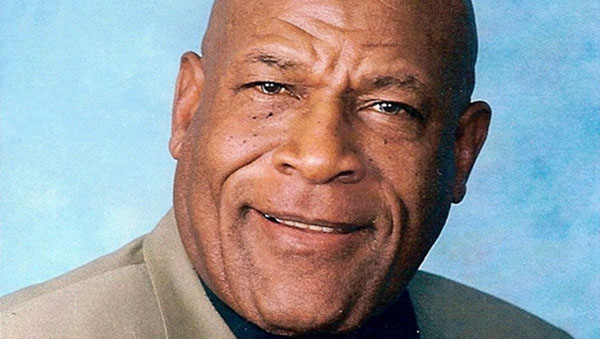 Black radio pioneer, B. Denham Jolly, has received many awards and honours including an African Canadian Achievement Award of Excellence (ACAA) for excellence in business in 1998 and in 2011, an ACAA Lifetime Achievement Award.

TORONTO, Ontario Tuesday, February 28, 2017 — The City of Toronto, today, the final day of Black History Month, authorized the naming of a street in a new Scarborough sub-division in honour of a Black pioneer in Canada’s radio broadcasting industry. 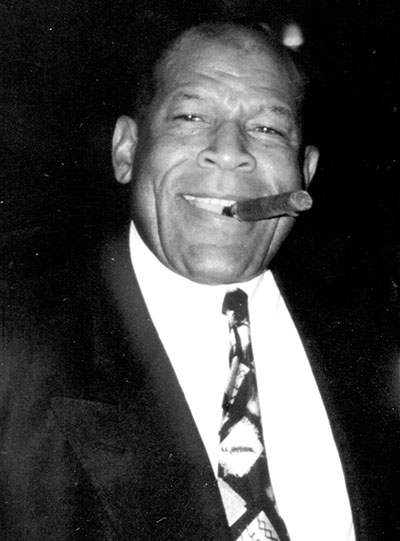 Cigar-smoking B. Denham Jolly seen in his younger days.

Jolly Way is located near the southwest corner of Midland Avenue and Ellesmere Avenue, in a residential neighbourhood under development  by the Goldman Group.

“It is most appropriate that approval to name a street after Mr. Jolly has come through today, the last day of Black History Month 2017,” said Councillor Michael Thompson, Chair of Toronto’s Economic Development Committee.

“Mr. Jolly has been instrumental in giving voice to the culture, achievements, challenges and aspirations of Toronto’s Black and Caribbean communities when few channels for such messages were available,” Thompson added.

In his long and distinguished career, Jolly published the newspaper Contrast, founded and led the Black Business and Professional Association, and spoke out on social justice issues as a member of the Black Action Defence Committee.

In 2005 FLOW won the Station of the Year Award in the Contemporary Hit Radio category at the Canadian Music Week Industry Awards.

Jolly, who recently published his memoir, “In the Black: My Life”, has served on the Board of the Toronto International Film Festival.

He is the recipient of the Black Media Pioneer Award; the African Canadian Achievement Awards of Excellence(ACAA) for Excellence in Business in 1998 and in 2011, the Lifetime Achievement Award; and the Canadian Urban Institute’s City Soul Award. In 2007 he was presented with a Black History Award from the Markham African Caribbean Association.

Temporary street signs for Jolly Way are being prepared, with permanent signs slated for installation when the subdivision’s construction is completed.