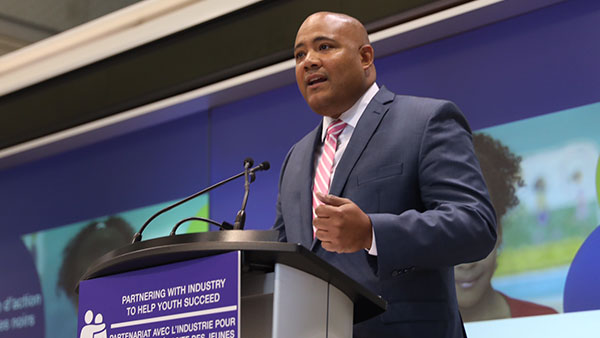 Children and Youth Services Minister, Michael Coteau, who was in Toronto, last week, announcing an Industry-Led Career Initiative for Black Youth -- part of the $47M Black Youth Action Plan -- has accepted an invitation from Somali-Canadians to discuss youth violence in their community.

TORONTO, Ontario October 18, 2017 — The Caribbean African Canadian Social Services (CAFCAN) and Midaynta Community Service, with the support of East Metro Community Services, are hosting a community meeting focused on a collective action against the recent spate of violence in the city in which Somali-Canadians, Abdulkadir Bihi, 29, and Zakariye Ali, 16, were killed.

Entitled, “CI Squared: Taking Action Against Violence,” the meeting will be held on Thursday, October 19, 6:00 p.m.-9:00 p.m. at the Jamaican Canadian Centre, 99 Arrow Road in Toronto.

Floydeen Charles-Fridal, the new executive director of CAFCAN, says the reason why it is called “CI Squared” is intentional.

She said this is related to the funding that’s going out to the Black community from the Ontario Black Youth Action Plan, which was announced by the provincial government in February this year.

The plan is to help eliminate systemic, race-based disparities for Black children and youth. 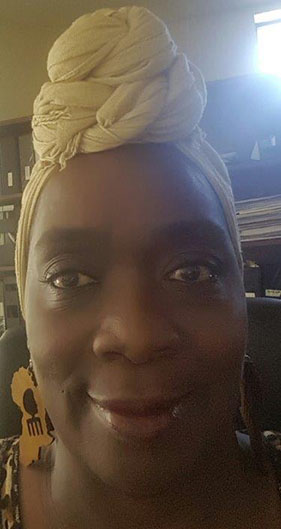 Last week, members of the Somali-Canadian community were demanding an end to the violence and called on Michael Couteau, Minister of Children and Youth Services, to visit the area, which they said is lacking in services for youth. The minister has agreed to meet with the community.

Charles-Fridal, who is on her sixth day at the job, said it is important, as an organization, to let people know “we’re here on behalf of the community and this is part of how we are to function as people of African descent. We are each other’s keeper.”

She described the spate of deadly shootings as a crisis and “while there are other meetings and things happening that’s not to say that JCA, who is also partnering with us on this, we don’t understand the importance because it affects all of us.”

“I think we have to understand that this is a public health concern and not just about those people, that group or that community, so that’s why we spreading a wide base across the GTA hoping that people will come out, support and understand that.

Charles-Fridal says one key message that she hopes will be sent is that “this is our concern and people understand that we all have to come together and figure out collectively – yes, the government provides funding, yes, we’re taxpayers – but we need to see this situation as part of what is important to us because every time we hear of a death, whether we realize it or not in our community, it’s traumatizing on whatever level.”

She says this is about trying to mobilize in a different kind of way and understanding “the urgency of now before we lose more lives.”

In the recently released interim Toronto Action Plan to Confront Anti-Black Racism, Juliet Allen, program director of Delta Family Resource Centre, which works primarily with Somali youth, thinks that the Somali community is one of those that has not settled very well because many fled war in their homeland.

“Some of the children that they took with them were not children of their own but they were trying to get the children out so families would just take children to protect them, she said.

Allen believes that many did not learn how to deal with the trauma and as a result violence has been the outcome for some young people.

She is urging the government to address the anger and loss that they experienced and to offer support.

Mayor John Tory said the city has presented an action plan with five themes, 22 recommendations and some 80 actions that it can undertake.

“This is a real plan and I am committed to acting on it,” he said.