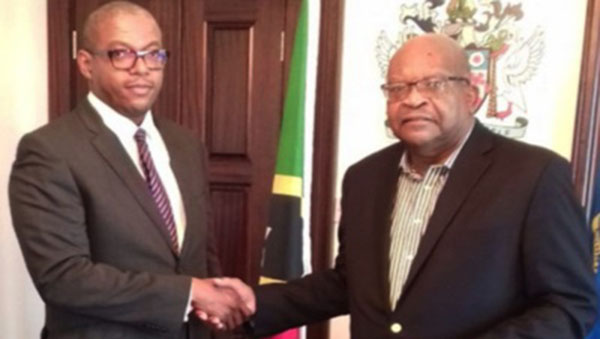 BASSETERRE, St. Kitts-Nevis, September 11, 2018 (CMC) – Professor Eddy Ventose, the St. Lucia-born academic, who featured prominently in a legal battle to ensure that his name was included on the voters list for the May 24 general election in Barbados, has been sworn in as a High Court judge of the Eastern Caribbean Supreme Court.

In an unprecedented hearing in May, the Trinidad-based Caribbean Court of Justice (CCJ), which is Barbados’ final court, said that Ventose, who was then a professor of law at the Cave Hill campus of the University of the West Indies (UWI), had satisfied “the necessary legal and regulatory conditions for registration as an elector”.

Ventose, who had lived in Barbados for several years, sought to be included on the Barbados electoral register. He had alleged that under the prevailing laws he was qualified and entitled to be registered.

Political observers had said then that the matter before the CCJ, had implications, not only for the appellant but also for Commonwealth citizens, living in Barbados, who wanted to be registered to vote in the general elections.

Ventose took the oath before the Governor General of St. Kitts-Nevis, Sir W. Tapley Seaton. He is the youngest person in the history of the UWI to be promoted to a personal professorship at the age of 35.

Sir Hilary Beckles, the current UWI Vice Chancellor, held the previous record when he was promoted to the position of professor of history at age 37 in 1993.