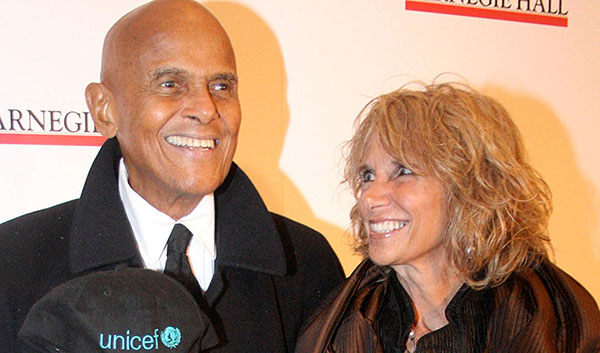 In the suit, filed in Manhattan federal court, Belafonte, who is renowned as “The King of Calypso,” claims that the late civil rights leader and his wife gave him the items because the two men were close friends.

The music and film star said, he filed suit against King’s daughter, Bernice, and the King estate “to resolve once and for all” a long-standing dispute over documents he tried to auction off in 2008. Bernice King claimed that the papers were “wrongfully acquired”.

The documents include notes from an undelivered speech that King had on him when he was assassinated in 1968, a famous 1967 speech that was King’s first outcry against America’s involvement in the Vietnam war, and a condolence letter that then-President Lyndon Johnson sent to King’s wife, Coretta, following King’s assassination, according to the New York Post.

The notes from the Memphis speech, potentially King’s last written words “were left to Belafonte by a former King aide upon his death in 1979, the Post said. Belafonte got the Vietnam speech outline directly from King, it added.

Belafonte, who was born on March 1 in 1927, has previously estimated the total value of the documents at up to US$1.3 million and reportedly said, he wanted to donate the proceeds to charity.

The lawsuit seeks unspecified damages and a court declaration that Belafonte is the rightful owner.

“Dr. King was a regular guest at Mr. Belafonte’s Manhattan apartment: he worked, socialized and rested there. Not surprisingly, during their long time together, Mr. Belafonte came to own documents associated with Dr. King and his widow.”

Belafonte, in 2008, turned the documents over to a Manhattan auction house, Sotheby’s, to be assessed in value and then auctioned off.

But Belafonte opted to withdraw the items from auction after Bernice King publicly claimed the items were “wrongfully acquired.”

But the suit states “not a scintilla of evidence was ever offered to support this claim, yet the Estate demanded the documents be turned over to them.”

“Sotheby’s refused to return the documents to Mr. Belafonte (who maintained ownership from a distance) until the Estate and Bernice’s claim was resolved formally or informally,” the suit added.

This year is the 50th. anniversary of King’s famous “I Have a Dream” speech, given at the 1963 Civil Rights March on Washington, D.C. Belafonte, who, it is reported, helped organize the historic March, was also one of the speakers at the momentous event.

According to Wikipedia, Belafonte supported the Civil Rights Movement in the 1950s and was one of Martin Luther King Jr.’s confidants. It is reported that he provided for King’s family, since King made only $8,000 a year as a preacher.

Like many other civil rights activists, Belafonte was blacklisted during the McCarthy era. He bailed King out of Birmingham City Jail and raised thousands of dollars to release other civil rights protesters. He also financed the Freedom Rides, supported voter registration drives, and helped to organize the March on Washington in 1963.

During “Freedom Summer” in 1964, Belafonte bankrolled the Student Non-Violent Coordinating Committee, flying to Mississippi that August with Sidney Poitier and $60,000, in cash, and entertaining crowds in Greenwood.

In 1985, Belafonte helped organize the Grammy Award-winning song, “We Are the World”, a multi-artist effort to raise funds for Africa and he performed in the Live Aid concert that same year.

In 1987, he received an appointment to UNICEF as a goodwill ambassador.