New in Pride
Home / Parenting & Education / Child Abuse Versus Discipline: The Inference And The Difference 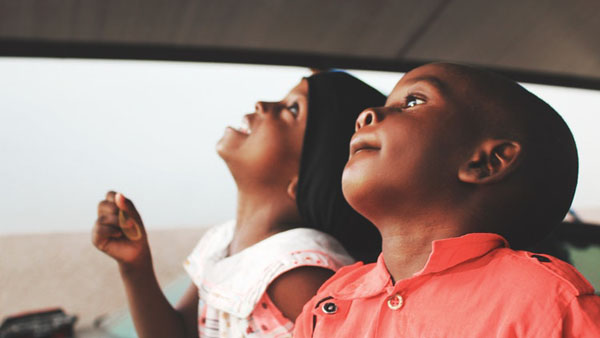 Child Abuse Versus Discipline: The Inference And The Difference

Each and every child has rights, the chief of which is the right to be respected. Another such right is not to be abused.

Do not get me wrong for I am not saying “spare the rod”, nor am I saying that discipline is unnecessary. I am merely making the inference to point out the difference between discipline and abuse. Parents and caregivers had better grasp the inference and learn the difference, or they could find themselves becoming unwilling residents of the “big house”.

There are some, who would immediately respond by saying “my parents beat me and I turned out okay”. And others may be saying “I got a fine ‘cut tail’ (spanking) and I did not die”. What I am simply saying is that you may have been abused, or damaged yet never knew it?

Abuse is not defined by whatever a parent wants to define it as. It is the law that defines abuse, not you, mom, dad, grandma, or granddad. Abuse includes verbal abuse, emotional abuse, psychological abuse and physical abuse, and can also exist, even in the absence of any mark left on the victim. Spanking your child is not wrong, but failing to know your limitations, especially by law, leads to child abuse.

Presently in the U.S. parents in all states have a limited right to spank their children, for the courts have a constitutional right to raise their children as they see fit, including the use of whatever method of discipline they think is best. Even if by statute or by legal opinion, states permit parents to use physical discipline against their children as long as it is done in moderation and does not cause injury.

Under the state laws of Georgia, for example, physical discipline may be used, as long as the child is not injured. (Georgia. Code. Ann. § § 19-7-5, 19-15-1.) In California, parents are allowed to use “reasonable and age-appropriate spanking to the buttocks”, as long as there is no serious physical injury to the child. (California Welfare and Institutions, Code § 300(a).)

The Supreme Court of Canada in 2004, approved of spanking, properly restrained under the Charter of Rights. The spanking must be for educative or corrective purposes and the child must be able to benefit from it. The child cannot suffer from a disability and must be between the age of two and 12.

As a parent you cannot hit your child as hard as you want, as long as you want, with whatever you want, where ever you want. Physical discipline does not work for each child, and carried out beyond a certain point, can make the child angry, instead of being afraid.

As the child becomes older, there are more effective methods of punishment than physical discipline. From a parental perspective it is your job to ascertain what works and what is allowable in producing positive result. You should not even have to attempt to strike a teenager, for if the child has been disciplined since he or she was very young, the tone has likely been set.

Each child should be treated as a unique individual, but instead parents have a tendency to use on the child whatever was used on themselves. Our parents and grandparents did what they knew and, most likely, what was done to them. Neither case made it right. In addition you are beginning or continuing a cycle that needs to be done properly. Why? Simple! The child will likely repeat your approach with his or her own children. And again, do not spank a child in anger as you are likely to go too far, with serious consequences for your miscalculations.

Someone may ask, what about unruly children? Children are not born unruly. It is a learned or provoked behavior, and very often the chip does not fall far from the block. How were you as a child? Are you getting back exactly what you put your parents through? Then it may not be primarily the child’s fault.

Take a look in the mirror before you discipline your child. Patience is necessary and you may need to talk with the child to ascertain the root cause of the behavior. Fear, as discipline, is a primitive approach by those who do not know any better.

Sometimes difficult children are unruly because of the sociological influences around them – friends, bad examples and even music, certain negative cultures and video games. All of the above have been proven to impact and modify behavior in a negative way. Parents, know what and who are influencing your children – and that includes the examples you set. The “do as I say, not as I do” way of thinking is hypocritical; so parents don’t be a hypocrite.

Right is right and wrong is wrong. If you blur those lines by using double standards, you will confuse and frustrate your children. And most of the things we tell our children not to do, are not good for us to do as adults either, like it or not. Adulthood should always mean wisdom, not an ego-based right to ignorance.

When should spanking of children cease? If you are going to use physical discipline, do so in your child’s early years, up to about age 5 or so. These are the years when you set the tone. If you fail to do so during these formative years, you may have problems with your child later; and not because he or she automatically wants to be unruly. In many cases children simply test the boundaries, rules and structure they live in as they grow older, develop identity and opinions of right and wrong, fairness and unfairness. That is generally normal and should not automatically be perceived by you, as your child deliberately choosing to annoy you.

If you disrespect your children or abuse them it will all come back to you in one way or another — you can count on that. No, I am not pitting children against parents, and after reading this article you may not agree with all that has been said. Be advised that I am not also simply sharing my opinion, I am sharing proven facts, like them or not. Am I correct about every child? No!. Am I correct about most children and parents, especially in the Black community? Yes, I am.

Always explain your actions to your child or children. Again, I am not saying you answer to your children, instead I am simply stating, or correctly speaking, that it is your responsibility to help them understand consequences, repercussions and why things happen the way they do.

Your children are not your slaves and you should be willing to explain why you are spanking them or what they did wrong, as well as the desired behavior you expect of them. After the spanking, you should reaffirm to your child that you love him or her. Never assume the child already knows that. Reaffirming that you love your child, after the spanking, reassures him or her that you have disciplined him or her for their benefit, not just for yours. Teach the child respect by example and not fear by abuse.

Permit me to share a hint of my opinion. I am aware that we are frequently bombarded with the directive to be fruitful and multiply, but from a practical and mature standpoint it is my honest belief that parenting is not for everyone. It is much more than providing a child with food and clothing, and making him or her attend school. I have explained that to young parents until I could not say it anymore.

Being ethnically-specific, too many of African heritage have no idea what real positive and productive parenting is all about. Roles of moms and dads are severely confused with men acting like women, women thinking they are men and children lost in the LGBTQ chaos. We do not have nearly enough positive parenting examples in the Black community and the increase in single-parent households is only making things worse. Moms are frustrated and dads are absent, all the while both are blaming each other, yet both are often at fault.

The cycle of bad parenting in the Black community can be severely decreased. The child abuse numbers are staggering. Ask any social worker. But those numbers can drop dramatically. The process starts with honest articles like this and qualified people willing to call out the problems. Finally it calls for parents willing to step out of denial and into the mirror.

Know why you do what you do. Explore better ways than teaching your children to use violence as a solution. Start in your child’s early years with discipline, find what works, keep it legal and be consistent. Do nothing in anger, because anger often causes poor judgment.

Be careful blurring the lines between parent and friend with your children. Of course you should be their friend but there also needs to be boundaries and clear cut limitations on the nature and level of those friendships. Get it straight, a friendship is a partnership but you should never send the message that the friendship with your child is an equal partnership. I have seen, far too often, where parents take the role of best friend to their children. Then when the children step out of line because the friendship lacks barriers set by the parent, suddenly the parent wants to snap the children back into “their place”. Parents, please realize if you did not set the parameters and your children crossed them, then the fault is YOURS not THEIRS.

Conclusively, as a parent your job is to raise responsible, respectful, caring, mature, respectable and well-balanced children, who will become adults and repeat the cycle with their own children. If you fail in this endeavor, your children will be damaged, and continue destructive cycles that erode the strength and structure of the family.