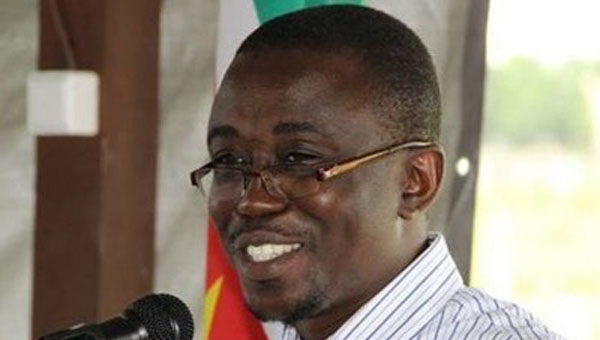 PARAMARIBO, Suriname, May 30, 2020 (CMC) – A senior official of the Algemene Bevrijdings-en Ontwikkelingspartij (ABOP) says the party, which is headed by former rebel leader, Ronnie Brunswijk, is prepared to hold talks, on the formation of a coalition government, with any party that has “similar ideas about the development of the country”.

No official results have been issued for the general elections that took place on Monday, but the preliminary results show that Progressive Reform Party (VHP), the largest party in the opposition, headed by former Justice Minister, Chandrikapersad (Chan) Santokhi, had secured 20 seats, while ABOP had won eight.

The ruling National Democratic Party (NDP), of President Desi Bouterse, according to the preliminary results, won 16 seats in the election, down from the 26 seats it had enjoyed in the last 51-member National Assembly.

Bouterse has since called on voters, here, to await on the final official results of the elections, and added that the Independent Electoral Office (OKB) “will need to decide, whether these parliamentarian and regional level elections are binding”.

“The process towards election of the functions of President and Vice-president, still need to take place, according to our rules and regulations,” he said, in a statement, headlined “Suriname in election process: This is not a crisis; it is a process!”

ABOP Chief Executive Officer, Stanley Betterson, commented, while the party had expected to win more than eight seats in the elections, it was still pleased with the results.

“We were aiming for 10, but we have eight,” said Betterson, adding that the party is ready to form a coalition with parties that have similar ideas, about the development of the country.

“We have not had the most seats …we look at who is the most suitable partner for us, at parties who want to do things that benefit this country. The party’s Chairman, Ronnie Brunswijk, has also his ideas on that,” he added,

Media reports, yesterday, said that the VHP and ABOP have started talks on forming a coalition government, and that the National Party of Suriname (NPS), headed by former president, Ronald Venetiaan, with its four seats, could be involved in the discussions.

“We have to wait, as a party, for the official election results to be declared binding. The indicative result we have, at the moment, gives us the opportunity to negotiate. This is part of this phase of the election process,” said Alven Roosveld, one of the three designated spokespersons of the VHP.

Betterson said it is clear that ABOP will play a role in the formation of the new government. He said that recent figures have shown that the party has “grown considerably”, and that future co-operation will be based on the party’s election program.

“We will put this on the table. If the partner agrees, we will have found each other.”

He said the party has not yet decided on a nominee for president, adding “the board and the congress will consider this. There are ideas and there are also candidates. When the party has worked all this out, it will be announced”.

Meanwhile, despite not winning a single seat in the election, the Surinamese Party of Labor (SPA) said it too is pleased with the possible change in administration.

“People did not vote for something, but against something. In the 1980s, people voted against the military and now they vote against mismanagement,” said SPA, spokesman, Robby Berenstein.

Berenstein opined that the voters have given the major parties the responsibility to correct matters that went wrong in the past.

“There is still a future ahead of us, so there is also an opportunity to take on business. The SPA is committed to the working class and the party has not given up, anyway,” said Berenstein.

He said he hopes the opposition parties will come together, to form the new government and restore democratic rule, here.