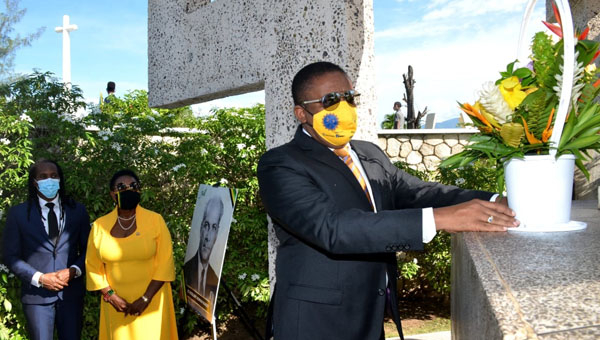 KINGSTON, Jamaica (Tuesday, October 20, 2020) — Close to 200 Jamaicans were honoured for their exemplary contribution to the development of the nation, during a virtual ceremony, aired on National Heroes Day, yesterday. 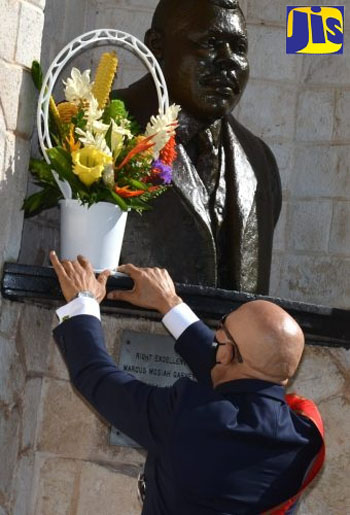 The airing of the 2020 National Honours and Awards ceremony on national television and social media platforms, was preceded by a floral tribute, which was broadcast live from National Heroes Park, in Kingston.

Several members of the uniformed groups, including the Jamaica Defence Force (JDF), the Jamaica Constabulary Force (JCF), the Department of Correctional Services (DCS), and the Jamaica Fire Brigade (JFB), received the Medal of Honour for Meritorious Service.

In his recorded message, the Governor-General congratulated the recipients for their stellar contribution to nation-building, their heroism, bravery, and volunteerism.

“They are examples for others to follow,” he emphasised.

“Each year, as we recall the contribution of past and present heroes, we are inspired by their selflessness and moved to emulate their courage. By their outstanding sacrifices, our heroes have made Jamaica a better place,” the Governor-General said.

Replying on behalf of those honoured, Professor Patterson expressed gratitude to the government and people of Jamaica for the recognition of his contribution to Jamaica and that of fellow awardees.

“On behalf of all of us, it is with great humility, gratitude and joy that we accept these national awards. We are humbled and privileged to walk in the footsteps of those, who have previously been honoured, who have contributed so much to our country’s social and spiritual life, its politics, business, security and vibrant culture,” he said.

Professor Patterson, who was honoured for his highly-distinguished international contribution to academia, West Indian literature, sociology and the epistemology of social culture, thanked previous Honours and Awards recipients for paving the way, “and for being the martyrs of excellence that we all strive to emulate”.

“On behalf of my fellow honourees, I also wish to give thanks to the parents and relatives, who brought us up and to all those, who helped them. In the sacrifices they made, they went well beyond the call of duty, nurturing us to work harder, to think more clearly, to be courageous, to strive always to become the best that we could be,” he said, in his recorded message.

Known for his work on issues of race in the United States, Professor Patterson is a historical and cultural sociologist, and the John Cowles Professor of Sociology at Harvard University.

Professor Patterson is presently spearheading Jamaica’s 14-member Education Transformation Commission, which is being tasked with carrying out a comprehensive review of the country’s education system.

The OM may be conferred upon any citizen of Jamaica or a distinguished citizen of another country, who has achieved international distinction. This Order is not conferred upon more than two persons in any one year.