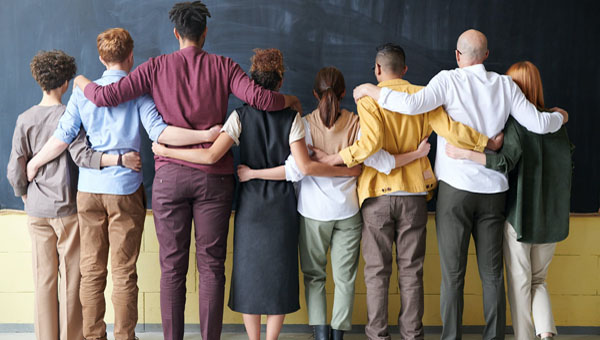 “We use stereotypes all the time without knowing it. We have met the enemy of equality and the enemy is us.” — A. Paul

It is almost midnight, a young Black male stands next to an expensive car. What is our first thought? How many people, automatically, believe that he is up to no good and he is not the owner of the vehicle?

You are pulled over by a police officer for a traffic stop. How many folks immediately think he knows the law, he knows what he is doing and he will be fair – or not?

A white female, in a business suit and carrying an attaché case, enters the courthouse and heads towards the front of a courtroom. How many of us instantaneously assume she is a lawyer?

A young man, in his 20’s, dressed in jeans, a polo shirt and sneakers, sits in class as everyone waits for the professor. How many of you, never harboured the thought, and do not realize that he is the professor?

You go to the doctor and he/she gives you a prescription, do you take what he or she says as “gospel” and never do your own homework or research? Who is most responsible for your body, your life and your health – you or the doctor? Then who should make it a top priority?

A Black woman, with a curvaceous figure, is walking down the street in a low socio-economic neighbourhood and wearing tights and high heels in the middle of the day. What is your impression of her and what do you think she is doing?

You see a man being arrested and a woman being placed in an ambulance. What is your first impression – that the man is the aggressor and the woman is the innocent victim?

Allow me to pose a question, are the previously-stated examples, and your presumptions about them, based on your past experience or prejudice and stereotypes?

If you prejudge people, without cause and without the facts, then you should desist. Suspicion has been transmitted into the Black community, handed down so heavily, via slavery, that many of our people are that way, without even being aware of it.

If you do not desire to be stereotyped, then do not stereotype others. Give others a chance, as much as you can afford to, until they show you different. I wholeheartedly concur that there are a lot of con artists or scam artists out there, and I have run into enough of them for all of us. But, remember, they come in all colors, they wear all types of clothing or uniforms, they are in both genders, they sit in offices, sell online, on Kijiji, at the backdoor of their homes or street corners. But, so do good and honest people.

In the Black community, we need to reset our expectations of ourselves and each other, to excellence and away from half-stepping mediocrity. Doing enough to “get by” is more unproductive to the person, who does this, than it may be to those, whom he or she does it to. We can no longer do just enough to “pass the class”. Do your best and be at your best, because you can, and because you should expect it of yourself.

That ability to sense good and bad people is what we have lost. We need however, to get it back and fast. Why? Because we cannot always judge a book by its cover, everything that glitters is not gold, we should not walk by sight and everything that looks good may not be good.

During the process of a major home renovation, a contracting firm was hired. Some of the licensed workers did exactly what they were supposed to do, but some were just plain pathetic.. They half-stepped and took advantage of what I did not know. Previously, I also used non-licensed contractors, some of them were awful, and some were great.

Anyway, I gave them a chance until they showed me different. So what does that mean? Simply put, it means, that good and bad exists in every strata of life, in every field, in every economic class and in every race, color, creed, gender or national origin.

However, as Blacks, we need to fix both sides of the coin with respect to each other. On one side, we need to give each other a chance, unless we have damning evidence related to them that we should not. On the other side of the coin, we need to be competent, diligent and trustworthy.

You cannot expect a person to believe in you, if you are trying to hustle or get one over on them. You need to be at your best, do your best and set the best example, because it is right, because it is fair and because it is how you would want to be done by others.

In the Black community, we need to reset our expectations of ourselves and each other, to excellence and away from half-stepping mediocrity. Doing enough to “get by” is more unproductive to the person, who does this, than it may be to those, whom he or she does it to. We can no longer do just enough to “pass the class”. Do your best and be at your best, because you can, and because you should expect it of yourself.

Society has embedded stereotypes within us, but it is our responsibility to screen them out. Everybody in a suit is not an intellectual professional. Everyone in a hoodie is not a criminal. Every African-American does not steal. All Black women are not trifling. Some police officers are not good at their job or experts in the law. But all police officers are not evil villains, sent to make your life a living Hell. White is not always more right. Every woman is not a victim. Every man is not a perpetrator. Being Black does not mean staying at the back.

We have to shake off and deprogram ourselves from the mindset that is keeping us divided, uncooperative, confrontational and suspicious of each other. We have to learn to help others build and wait our turn.

The idea of always being the chief and never the Indian has to be rooted out of our ethnic group. We must understand that the parts affect the whole. We are connected, like it or not. And what one of us does can make it easier or harder for the next one of us in society.

Time out for only looking out for self, playing games, running games and being divided. Time to wake up and deconstruct the stereotype! Stereotypes may be compared to air – invisible, but always present.