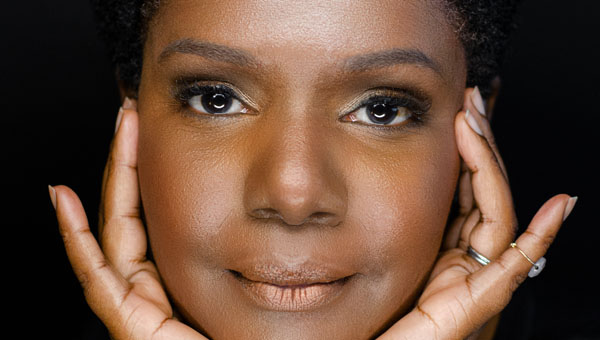 It wasn’t until 2017 that award-winning stage and screen actor, writer, producer, and director, Ngozi Paul, found out that August 1 was Emancipation Day. Since then, she has committed herself to engaging Canadians to know more and to tell the story. This was so, even as her company, Emancipation Arts, existed, well before she became aware of this important day in the history of Canada.

She spoke to Rosemary Sadlier, former president of the Ontario Black History Society, about its significance and her whole team vowed that they would celebrate Emancipation Day moving forward.

“My company’s name is Emancipation Arts; and I wrote a play called ‘The Emancipation of Ms. Lovely’. To me, emancipation is, no pun intended, truly freeing up yourself, free up yourself or, as Bob Marley says, ‘Emancipate yourselves from mental slavery. None but ourselves can free our minds.’”

Emancipation Arts is a multi-platform content creator committed to telling vital stories, which showcase the diversity of human experience and expand social boundaries.

For Paul, the historic day represents “the opportunity to be a part of collective emancipation and liberation, and considering our history and also, how we want to move forward, collectively.”

“I think that’s very indicative of some of the gaping holes in, not only our education but in our culture, and, wanting to recognize the whole picture of what Canada is and what the legacy of Canada is. So I think it’s a great opportunity for us to come together and decide what we want Canada to look like moving forward.”

The founder of FreeUp! — “a festival of arts and activism, led by young people, to celebrate Emancipation Day with our nation” — has a new artistic production that celebrates Black, Indigenous, and People of Colour (BIPOC) artists, virtuosos, entertainers and changemakers.

FreeUp! started as an open mic event to celebrate Emancipation Day and to create a platform for artists, particularly young artists, to have a sense of agency, self-expression and civic engagement in relation to Emancipation Day.

It seeks to answer the question — What does freedom mean? It gives them the opportunity to examine what it means and how to create space for artistic expressions around it.

Part of the philosophy of Emancipation Arts is the opportunity to take things from the grassroots to the world stage, but also to maintain its authenticity, says Paul. 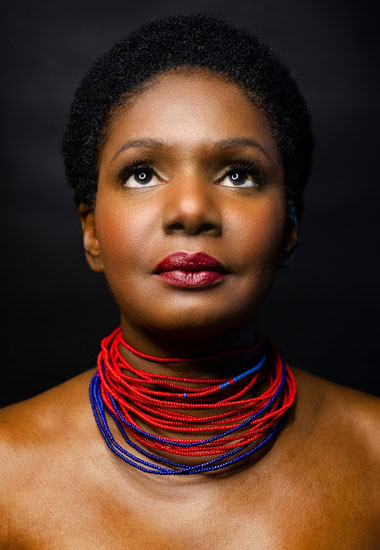 “We are standing on the shoulders of our ancestors and we don’t have to start again, always,” says Paul. Photo contributed.

“FreeUp! grew quite organically, and from our first open mic at the Theatre Centre, we were actually slated to be at Dundas Square in the summer of 2020. We all know that 2020 didn’t go how any of us were planning. And that’s when we pivoted to the Emancipation Day digital special on CBC for the first time in 2020,” she recalled.

Paul says it was wonderful because they were able to create a platform for artists, who would have been performing live at Dundas Square, but they all had to shift to doing it on CBC and the show aired on CBC Gem.

“Every year, the program has grown and, with the huge cultural shift that we are in the middle of, it was like we are here, as artists, for times such as these. It presented an opportunity for them to not only celebrate Emancipation Day, but also start to talk about what does freedom actually mean in present day. It allowed FreeUp! to create a platform to expand its reach and be a place where art and civic action can meet and express ideas of freedom. And I think that that’s just becoming so relevant in this time,” the producer added.

In its first year, FreeUp! honoured Sadlier and designed an award in her name.

Following the groundbreaking and successful run of the theatre production, ‘da Kink in my Hair, Paul co-created, executive produced, and was a lead cast member in the television series by the same name.

Freedom Talk, a part of the August 1 showcase, allows artists to be vulnerable, conversations to happen, and there appears to be a catharsis experienced in their storytelling.

Paul says the artists were expressing the same experiences she had and questioned, and she was able to create space for things to happen.

On March 24, 2021, the House of Commons voted unanimously to designate August 1 as Emancipation Day across Canada — a day to celebrate, educate, and reflect on what freedom means. The date commemorates the Abolition of Slavery Act, signed into law on August 1, 1834, which freed over 800,000 people of African descent in Canada and throughout the British Empire. 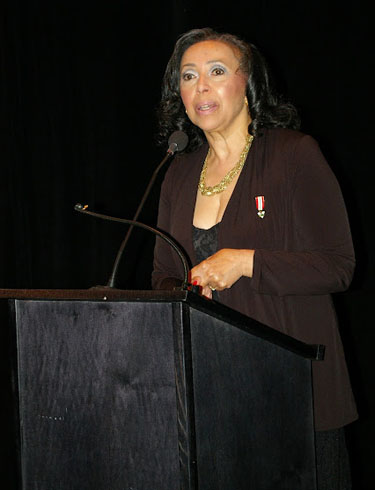 Rosemary Sadlier, a former president of the Ontario Black History Society, will be the guest speaker at The Cathedral Church of St. James on July 31. Photo contributed.

This recognition of Emancipation Day, by the federal government, came after decades of activism from people, such as Sadlier, a recipient of the Order of Ontario; historians Afua Cooper, Adrienne Shadd, Karoyln Smardz Frost and Natasha Henry-Dixon; Senator Wanda Thomas Bernard of Nova Scotia, and the Ontario Black History Society. Liberal MP, Majid Jowhari, sponsored the bill in Parliament.

Henry-Dixon, president of the Ontario History Society and assistant professor of African Canadian History at York University, has written two books about Emancipation Day — Emancipation Day: Celebrating Freedom in Canada and Talking About Freedom: Celebrating Emancipation Day in Canada. Cooper, Shadd and Smardz Frost are the authors of The Underground Railroad: Next Stop, Toronto! which has been long-listed for the 2022 Toronto Book Awards.

To mark the historic occasion, Freeup!, in partnership with the CBC, will present a two-hour specia, featuring moving insights and roundtables with artists from across Canada, punctuated by a film, produced by Paul.

It was shot at the St. Lawrence Hall, site of the 1851 North American Convention of Colored Freemen and the Buxton National Historic Site. It is also a former endpoint on the Underground Railroad.

The FreeUp! Emancipation Day special will be on before Freedom Talk and will feature existing Emancipation Day celebrations, such as the 160-year-old one in Owen Sound. “Older than Canada”, says Paul, noting she had no idea that they used to celebrate Emancipation Day in Windsor with tens of thousands of people.

“Our show, that’s right before Freedom Talk, is this opportunity for us to put the spotlight on these great organizations that have been doing things for years.”

“We are standing on the shoulders of our ancestors and we don’t have to start again, always,” says Paul, citing Sadlier’s work and acknowledging that, “it’s time for people to get their flowers now”.

The first hour features different parts of the country and presents the historical context of Emancipation Day. It is performance-driven and legendary jazz musician, Joe Sealy, will be presented with the Rosemary Sadlier Award. Past recipients include artists, Jully Black, Motion, and d’bi.young anitafrika.

The second part is the Freedom Talk — this is the first time — where they have the opportunity to go a little bit deeper, and they facilitated those conversations with artists from around Canada, says Paul.

“That’s the great thing about building and it’s definitely hard. There’s a lot of work to do and it has its moving parts and the necessity to grow but, I really consider it such an absolute privilege to be able to. Really, it’s continuing the legacy of many generations before us.

Some Emancipation Day Events in Ontario
The 2022 Amhertsburg Freedom Museum Emancipation Celebration will take place on July 29 at 6:00 p.m. at the Fogolar Furlan, 1800 North Service Rd. E., Windsor, Ontario. This event recognizes the 188th anniversary of the Abolition of Slavery in Canada in 1834, and the federal recognition of Emancipation Day in Canada. Emancipation22.givesmart.com

The Black Council of Windsor-Essex is inviting all to this year’s Emancipation Jubilee events, from July 30 – August 1, 2022.

Honouring 90 years since the first Emancipation Day celebration, The Emancipation Jubilee commemorates the Emancipation Proclamation of August 1, 1834, that ended slavery throughout the British Colonies, including Canada and parts of the Caribbean.

Emancipation Day at Uncle Tom’s Cabin Historic Site – an annual celebration of hope and freedom, commemorating the end of slavery in the British Empire — happens on July 30, 10:30 a.m.-2:30 p.m. “This year is extra special, as we unveil a new name that better reflects the true history of the site – don’t miss out!” Heritage Singers Canada is among the performers.

In St. Catharines, Matter of Black (M.O.B) and BlackOwned905 present #EmancipationDaySTC, a celebration to reawaken old traditions and foster greater solidarity and pride among members of the Black Canadian community, in memory of its remarkable achievements and in face of persistent racism. The free events will feature speakers, film screenings, conversations, streamed performances, and a virtual market, featuring black-owned businesses, from July 30 – August 2.

The Emancipation Day Underground Freedom Train Ride, a night of music and storytelling, will take place on July 31, starting at 11:00 p.m. at Union Station (near the ticket booth) and arriving at Sheppard West Station at 1:00 a.m. This year’s conductor will be Dr. Jean Augustine. 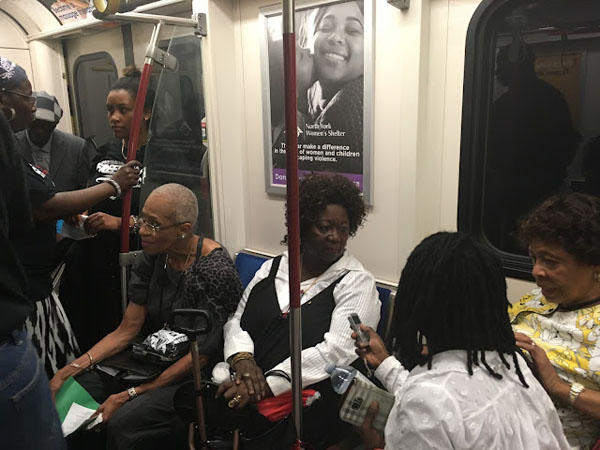 “Join us too on August 1, 12PM-2PM, as we emancipate and animate Bloor Street from Bathurst to Christie Pitts,” say the organizers that include Blackhurst Cultural Centre, Toronto Transit Commission (TTC), Coalition of Black Trade Unionists (CBTU), African Canadian Heritage Association, Zero Gun Violence Movement and others. It is a community initiative to recognize the historical significance of the Underground Railroad and Emancipation Day in Canada.

On July 31 at 11:00 a.m., The Cathedral Church of St. James will celebrate Emancipation Day with guest speaker, Rosemary Sadlier.

The keynote speaker will be Dr. Kristin Moriah and there will be performances by: poet Hannah Flores; dance by The Coco Collective; and spoken word by Dionne Samuels. The emcee will be Nikki Clarke, a former president of the OBHS.

“The OBHS is excited to welcome our members, supporters, and the general public to participate in our annual Emancipation Day event. We are so glad to be able to return in-person with an outdoor event that people will feel comfortable to attend. As with the long history of Emancipation Day commemorations, it is an opportunity to learn about Black Canadian history, fellowship and celebrate in community, honour our ancestors, and be re-energized to agitate for justice to improve the conditions and outcomes for Black people today and in the future. We are carrying on a rich tradition that is part of the long struggle for freedom for Black people, a goal that remains relevant today,” says Henry-Dixon who will be signing copies of her books at the event.

The City of Brampton will celebrate Emancipation Day on August 1, 12:00-8:00 p.m. at Emancipation Park, 7599 Dixie Road in Brampton with food vendors, a Caribbean Craft Market and live entertainment.

The House of Culture presents Carnival City, a 12-day showcase of Caribbean culture. On August 1, there will be an Emancipation Day Special Presentation featuring Eddie and Quincy Bullen and others at Ajax Downs in Ajax, Ontario. 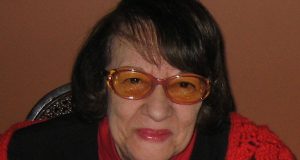 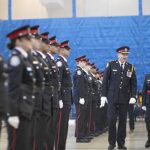