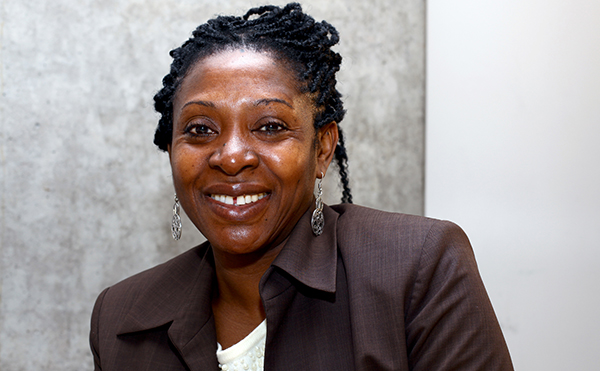 Historian Says Emancipation Is Not Complete

TORONTO, Ontario – Historian, Afua Cooper, says the history of slavery can be used for empowerment but acknowledged that some people want to engage in historical amnesia because they are uncomfortable about the past.

“Why should we wallow in amnesia? Black people in the Americas have been enslaved longer than we have been free,” she said, listing the dates when slavery ended in the Caribbean, Brazil, the United States, Canada and or other places.

Cooper was the special guest at an event organized at the YMCA of Greater Toronto on February 6 where she examined the untold story of Canadian slavery through historical facts and her book, The Hanging of Angelique.

The book tells the story of slavery and the burning of Old Montreal through the lens of Portuguese-born Marie-Joseph Angelique, a slave woman accused of starting the fire. She was tried in court and condemned to death.

“Executed by hanging, Angelique entered Canada’s history books as a criminal, but her trial offered the unique chance to tell her life story – one that would otherwise have gone unrecorded and unheard,” states the inside cover of the book.

Cooper “demolishes the myth of Canada as a haven at the end of the Underground Railroad, revealing a damning centuries-old record of legally and culturally endorsed slavery.”

The holder of the James Robinson Johnston Chair in Black Canadian Studies at Dalhousie University in Nova Scotia, says emancipation has not been full and complete. Alluding to the Swahili word “uhuru” which means freedom, the historian said “we are not yet uhuru.”

She said what exists is a compromised emancipation because economic and political freedom have not been achieved.

Cooper described the societies created in the British West Indies as being nothing short of a miracle because they did so without significant help from the colonial or imperial governments.

Referencing the book, Slavery By Another Name, by Douglas Blackmon, she said slavery is manifesting itself in prisons and this trend is evident in Canada and the USA where most of the inmates in prisons are black and aboriginal men.

She noted that downtown Atlanta was built by prison convict labour and that this happened after slavery ended.

Cooper holds a Ph.D. in Canadian history with a focus on the black communities of the 19th century in Ontario.

She emphasized that people are the agents of history and are the ones who create change.

The historian noted that Marcus Garvey was against the existing systems of colonialism when he started his movement in 1914. She also mentioned the 1936-1938 revolts, which opened up the society a bit with a universal franchise or universal suffrage.

The renowned poet and author said slavery was racialized and there are still relations of subordination and domination in society.

Cooper said 400 years of slavery broke the world, Africa and its children, and Europe is still grappling with these immoralities as a result. She said people are still putting together the shatters of slavery.

She said Canada is a colonial state and was part of the British Empire. The author noted that people are always remaking the theory of Dr. Eric Williams’ book, Capitalism and Slavery.

The book posits that slavery helped finance the Industrial Revolution in England. Plantation owners, shipbuilders, and merchants connected with the slave trade accumulated vast fortunes that established banks and heavy industry in Europe and expanded the reach of capitalism worldwide.

“We are not done with the story. Shame is associated with slavery and there in an interruption in the knowledge passed from slavery,” she said, noting that black people are impacted by this historical amnesia about themselves.

The historian said knowledge of one’s heritage and culture is a form of reparation and that the Middle Passage had a great impact on African people.

Examining contemporary events like the Grammy Awards, she said African culture is appropriated without the creators being acknowledged in terms of who wins awards.

Cooper is the author of the books: Copper Woman and Other Poems, My name is Henry Bibb and My name is Phillis Wheatley.

Her co-authored publication, We’re Rooted Here and they Can’t Pull Us Up: Essays in African Canadian Women’s History, won the Joseph Brant prize for the best history book.