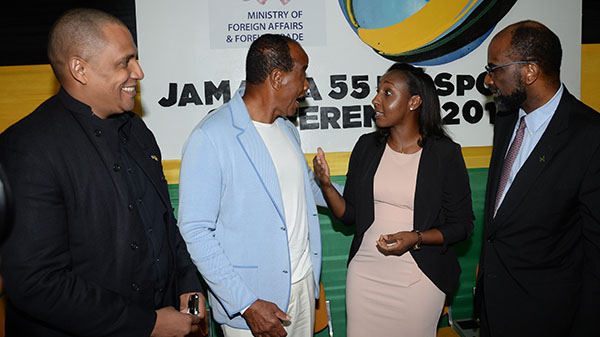 Shanike Smart (second from right), Research Officer at the Caribbean Policy Research Institute (CaPRI), makes a point to billionaire, Michael Lee Chin, Chairman of the Economic Growth Council (EGC), following the Diaspora Growth Forum, organised by The Jamaica National Group, at the Jamaica 55 Diaspora Conference, which was held from July 23 to 26, 2017. Also participating in the animated discussion is Earl Jarrett (right), Chief Executive Officer of The Jamaica National Group, and Dr. David Panton, Chairman of the EGC Diaspora Task Force. CaPRI presented a study highlighting the real contribution of the Diaspora to the Jamaican economy.

KINGSTON, Jamaica August 2, 2017 (PRIDE) — The Caribbean Policy Research Institute (CaPRI) has indicated that the Jamaican Diaspora, which numbers some three million people, located mainly throughout the United States of America, Canada and the United Kingdom, is contributing much more to the Jamaican economy than through remittances.

The University of the West Indies Mona-based Think-Tank revealed its preliminary findings of the Diaspora Valuation Study, during the Diaspora Growth Forum, organised by The Jamaica National Group, on day two of the Jamaica 55 Diaspora Conference, that was held at the Jamaica Conference Centre in downtown Kingston, from July 23-27.

Addressing her topic, “Value of the Diaspora to Jamaica’s Growth Agenda”, CaPRI’s research officer revealed that the Diaspora contributes a minimum of 23 percent to gross domestic product (GDP) through several sectors, including investments and tourism, but has the potential to contribute at least 35 percent.

“That leaves us with an unexploited value of 12 percent of GDP,” explained Smart, who led the study, along with Executive Director, Dr. Damien King.

That’s significantly higher than the 16 percent of GDP or US$2.2 billion earned from remittances sent to Jamaica from the Diaspora countries. GDP is the total value of the goods and services the country produces 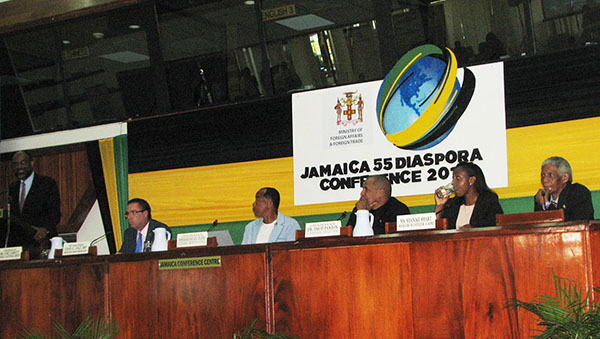 “While a lot of us think there is value in the Diaspora there is not a lot of empirical evidence and data to validate this value preposition,” argued Ms Smart, who presented the data on behalf of the team.

She underscored that while the value of remittances contributed by the Diaspora is known, the attendant economic benefits to remittance businesses and other entities that play a part in the transmission of funds to Jamaica, is not measured. CaPRI estimates that the companies earn some US$188 million annually, although not all of these funds flow into Jamaica.

“While this figure isn’t entirely attributable to the Jamaican environment, it does give us an idea of the benefit of the Diaspora beyond the individual persons who receive it. The business environment benefits as well,” she noted.

However, beyond remittances, many in the Diaspora invest in economic institutions and instruments in Jamaica. Looking at the investments held in banks; bonds and the stock market, CaPRI estimated that Jamaicans overseas have about US$400 million invested in the country.

Outside of Jamaica, they are estimated to be saving some US$12.4 billion.

The estimate supports evidence that most Jamaicans in the Diaspora are affluent, with 80 percent having some form of tertiary education; and 70 percent earning more than US$40,000 annually.

“While we are not expecting to get all of this money, a portion of this can be targeted for local investment. Let’s say we targeted 10 percent. We are looking at US$14 billion, which accounts for 14 percent of our GDP,” Smart illustrated.

Jamaicans overseas also play a significant role in exports as purchasers of Jamaican goods and services; and also, as trade facilitators, CaPRI outlined. They account for some 10 percent of the exports to the US, Canada and the UK or US$89 million; however, the Think-Tank says the potential is US$129 million. 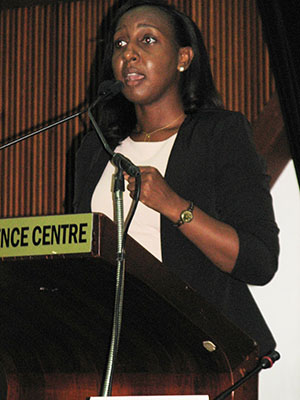 “They (the Diaspora) facilitate even the idea of setting up the business in the first place and they recommend them (the businesses) to their neighbours and friends,” Smart said.

CaPRI noted that, through a survey it administered, it appears that persons in the Diaspora are also vibrant tourists, spending some US$159 million in the tourism sector. They represent some seven percent of all stop-over visitors, and that is projected to increase.

“The dollar figure represents some six percent of total expenditure by all tourists annually,” Smart said.

“It’s clear that the Diaspora represents value in this area because their value is not just simply having more in the Diaspora spending more money, but the fact that they occupy a niche, they can attract other non-Diaspora individuals,” the Research Officer made her case, noting that Jamaicans overseas could be used as Brand Jamaica ambassadors.

The Diaspora’s contribution to the Jamaican economy is also felt in philanthropy. Since 2014, the health sector alone received US$14 million in donations. And, this does not take into consideration man-hours in voluntary services.

CaPRI indicated that its next study will seek to determine the hindrances to Jamaica exploiting opportunities regarding the potential of the Diaspora; and engaging Jamaicans overseas in stronger partnerships.