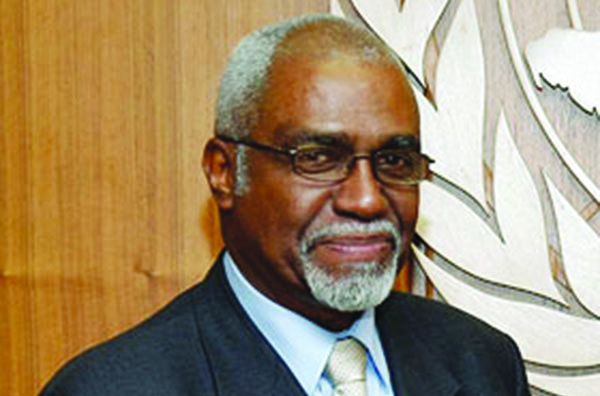 KINGSTON, Jamaica, CMC – Renowned Jamaican and international jurist, Patrick Robinson, has been elected to serve a judge in the International Court of Justice (ICJ) for a nine year period beginning in February 2015.

Both the United Nations General Assembly and the fifteen-member United Nations Security Council are required to record a majority vote for the winning candidate.

Robinson is the only Jamaican and the second Caribbean national to serve on this body since its establishment 70 years ago.

He will join four other candidates from Australia, Morocco, Russia and the United States of America, who were elected to serve on the Court.

Prime Minister Portia Simpson Miller, in welcoming the results, said Robinson’s elevation marks a historic moment, not only for Jamaica but the entire Caribbean.

“The overwhelming support that he received throughout the rounds of voting from the UN membership is a reflection of the excellence of the Jamaican candidate, and the high regard with which the country is held in the international arena,” she said.

Minister of Foreign Affairs and Foreign Trade, AJ Nicholson said, the outcome is an indication of the level of respect that Jamaica enjoys for its principled and balanced foreign policy, and the result of an effective and strategic campaign, waged by the foreign ministry and overseas Missions, particularly our Mission to the United Nations in New York.

“I wish to thank Argentina for their very gracious gesture to withdraw from the process in the interest of Latin American and Caribbean unity. I also extend my heartfelt appreciation to the numerous countries that supported Jamaica in the process, and to assure them and the entire international community that they will find in Judge Robinson, a jurist of highest integrity, professionalism and objectivity,” Nicholson said.