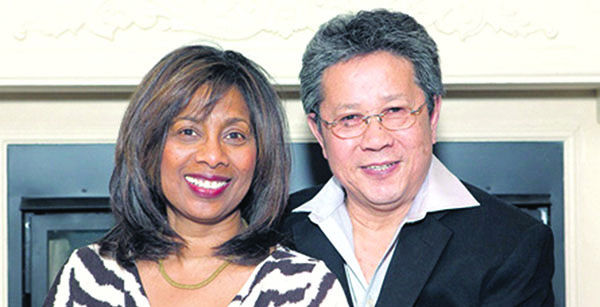 Photo above is of the late Vincent Lai and his wife, Lorain.

TORONTO, Ontario — Vincent Lai 65, the Chief Executive Officer (CEO) of Nicey’s Food Mart, passed away at his home in Richmond Hill, Ontario, on Friday, February 13, after a brief illness.

Vincent was born in Kwantung, China, on March 1, 1950 and migrated, in 1954, to Jamaica with his parents. The family resided in the Montego Bay area and Vincent attended, and graduated from, Cornwall College.

Vincent was well known in the Chinese and West Indian communities and was recognized for his philanthropic involvement and work.

He was the recipient of numerous awards, including the BBPA Harry Jerome President’s Award in 2013 and the Jamaica Observer newspaper’s Business Leaders Award for Promoting Entrepreneurship in 2010.