New in Pride
Home / Parenting & Education / How Much Screen Time Is Too Much For Kids? 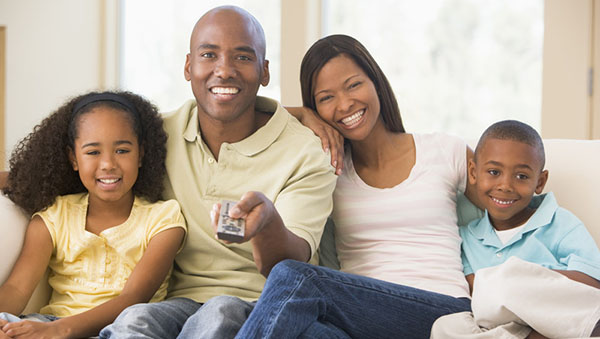 How Much Screen Time Is Too Much For Kids?

The unfortunate reality of modern childhood is that it involves more screen time than playtime. Children at very young ages are spending more time than ever, immersed in screens such as tablets, computers, and smart-phones.

The outcome is that children are not getting exposure to appropriate play and learning activities, which in turn. affects their mental well-being, physical health, and overall development.

With recent screen time guidelines, put forward by both the American Pediatric Society and the Canadian Paediatric Society, families should begin to think about the impacts of media use on their children.

This article will discuss appropriate screen time for young children and provide caregivers with tips on how to unplug at home.

Particularly in early childhood (birth to 5 years), the brain is developing quickly and it is very sensitive to environmental input. This early brain development is the foundation to later cognition and learning.

Too much screen time, at early ages, can impede the development of cognitive, social, physical, and emotional development. Unfortunately for today’s children, the increased use of screen time is becoming part of the routine in family homes.

In North America, children spend about three hours a day watching television and another 2-4 hours on other screens such as computers, laptops, tablets, and smartphones. That’s a total of five-seven hours per day engrossed in screens! Children between 3-5 years of age spend approximately 2 hours per day in front of screens.

In the US, rates of mobile use among 2 to 4-year-olds increased from 39 percent to 80 percent, between 2011 and 2013, and children between 8 months and 8 years of age are exposed to nearly 4 hours of background TV daily.

Children in Canada are supposed to be getting at least 60 minutes of daily moderate physical activity. Despite these recommendations, only 9 percent of 5 to 17-year-olds are meeting that target. 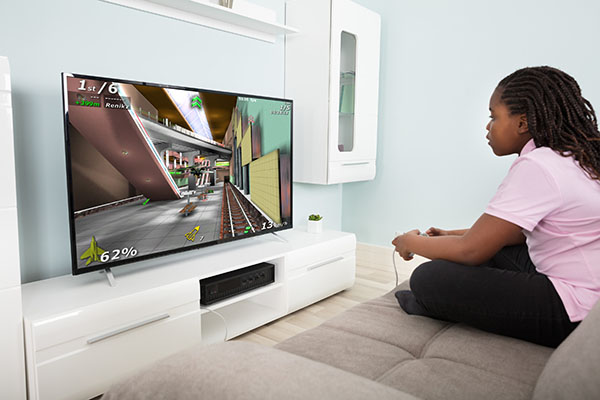 These facts are alarming, especially for children between 0 and 5 years of age. With increased media use, time is taken away from beneficial activities that promote a healthy lifestyle. Children are not experiencing social interaction and engagement with family and friends, have less sleep at night, and are not spending time engaged in outdoor play.

If children are happy and content using screens and parents receive a bit of a break, then what’s the issue? The issue is that with too much exposure to screens, children are not getting enough time to play, learn, interact with others, or sleep.

The decrease in these important areas leads to impediments and negative risks to children’s development and health. Here are some ways in which too much screen time and a lack of healthy activities impact children:

Language Delays
Preschool children who are not provided opportunities to play with traditional toys like blocks, and instead play with more technological toys, have less vocalization toward parents. Young children less than 12 months old exposed to 2 hours a day of screen time had significant language delays.

Impediments with Life Skills
Children who spend more time engaged with screens are less able to accomplish age-appropriate life skills such as tying their shoes, riding a bike, or swimming. Preschool children who are exposed to more screen time than playtime are less likely to be able to build with blocks.

Poor Sleep Quality
Increased screen time has been linked with poor sleep quality and quantity, and these sleep disturbances impact brain development and correlate with increased behavioral problems. Lack of sleep has also been associated with physical concerns such as diabetes and obesity.

What amount of screen time is appropriate for children? How do you know how much screen time to allow and what to limit? Here are some recommendations from the American Academy of Pediatrics and the Canadian Paediatric Society:

Despite evidence that suggests overexposure to screens hinders children’s development and poses dangerous risks to their mental and physical health, there are potential benefits to letting children (over age 2) use screens.

Therefore, the benefits come from the type of content that children are exposed to on their screens. For example, a screen that has age-appropriate, educational, goal-oriented content is more likely to be beneficial than a show that models aggressive and violent behavior.

Here are some tips for appropriate screen use and content: 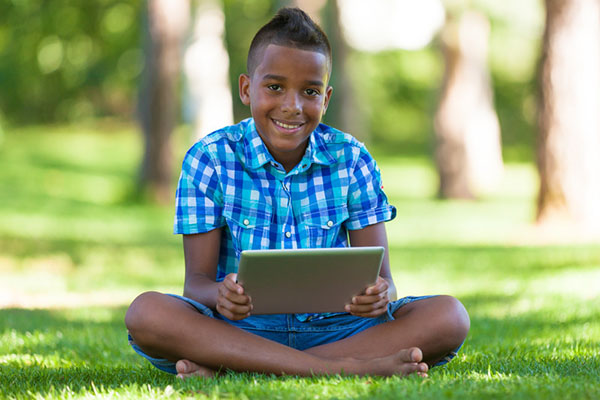 We know that screen time has a significant impact on today’s children. However, parents can follow these simple tips to ensure the most appropriate exposure to screens that will provide optimal outcomes for their children:

Screen time can pose many negative risks to children’s health and overall development. However, there are ways for parents to promote a healthier family lifestyle and manage their children’s screen time.

Remember to find the balance between screen time and activities that are crucial to learning and development such as physical activity, outdoor play, creativity, sleep, and face-to-face interaction.

Here are some more resources for you and your family:
Creating Your Own Family Media Plan
Finding Ways to Stay Active
Media and Children Communication Toolkit
Picking the Right Educational App

Caileigh Flannigan is a play practitioner who uses forms of play as a way to promote children’s development and emotional healing. She is an outdoor play and loose parts researcher who is spreading the word about the importance of free play in natural environments.