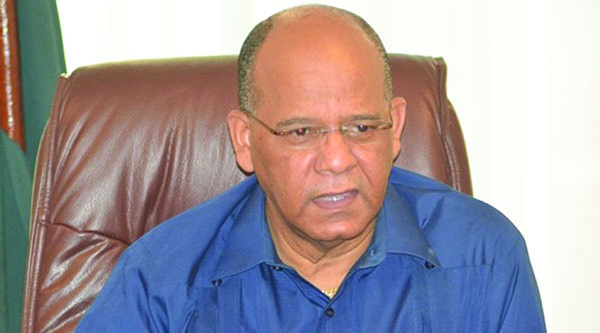 GEORGETOWN, Guyana (CMC) – The main opposition People’s Progressive Party (PPP) on Monday, said, the party has no interest in naming anyone to take up the post of Deputy Speaker and described as “farcical” the David Granger government’s Code of Conduct for legislators.

“We are not, we are not interested in that,” PPP general secretary, Clement Rohee, told reporters, with regards to the position of Deputy Speaker of the 65-member National Assembly.

Since the Parliament began its new session here on June 10, the PPP has not offered to name anyone for the post despite being asked to do so.

Rohee told reporters, that the Code of Conduct for Ministers and Members of Parliament, which was released by last week by the five month old government contradicts the explanation offered in the National Assembly with regards to the spending for the inauguration.

The government has said that public funds were not used to fund the event but rather it was financed by private interest.

But Rohee has called for a complete breakdown of the donors to be tabulated; showing the total value of the monetary donations and cash gifts received to be made public.

Rohee said the government’s acceptance of gifts of money and cash donations for this inauguration diminishes the Code of Conduct.

He said when the PPP formed the government here, all public events would require that a budget be drawn-up as a result of inter-agency consultations.

“A Cabinet paper by the lead agency would then be presented to Cabinet and following deliberations, a Cabinet decision would be issued to the Ministry of Finance for a specific sum per agency and department for the release of funds to the requisite government agencies and departments responsible for specific aspects of the public event,” Rohee explained.

“The point is whether the money came from wealthy donors, wealthy power brokers, small donors, reliable money spigots, the nouveau riche or the filthy rich the public has a right to know,” he added.

Last week, Governance Minister Raphael Trotman said several of the private donors were not happy about their information being disclosed. He said despite this the government is commitment to openness and will make whatever information it can public.