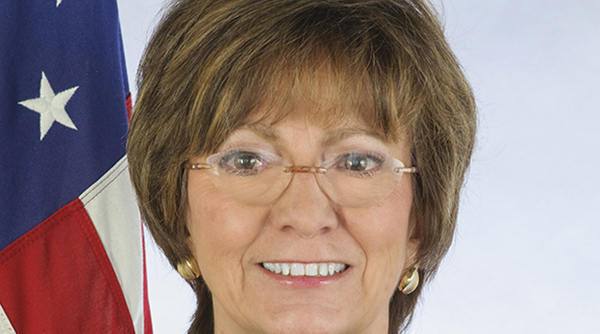 Antigua Government Apologies Over Statement Made Regarding US Diplomat

Photo above: Linda Taglialatela, the United States Ambassador to Barbados and the Eastern Caribbean, who former Antigua PM, Lester Bird, described as an “old lady”.

ST. JOHN’S, Antigua, Apr 1, CMC – The Antigua and Barbuda government has apologised over statements made by a senior government minister, regarding the appointment of the United States Ambassador to Barbados and the Eastern Caribbean.

Senior Minister and former Prime Minister, Lester Bird, in an emotional contribution to Parliament on the international banking services act, earlier this week, described the new United States diplomat, Linda Taglialatela, as an “old lady”, while also questioning her credentials.

But Foreign Affairs Minister, Charles “Max” Fernandez, said the statements made by the 78-year-old politician were “unfortunate and without merit”.

“I want to put on record, Mr. Speaker, that the Ministry of Foreign Affairs, on behalf of the Government, apologises for the said comments expressed …in this Honourable House,” Fernandez said, adding, “Ambassador Taglialatela is, as far as we know, without repute and someone of very good standing”.

Bird, the island’s second prime minister, who held office from 1994-2004, asked what can Taglialatela do for Antigua and Barbuda.

“The Americans just insert themselves. I know you (are) going to get vex with me, but they send some old lady down here saying she is the Ambassador to Antigua….What are her credentials to make her come here and want to advance the third border,” he said.

But Fernandez said Taglialatela, who became the US Ambassador to Barbados and the OECS in December 2015, is well-qualified.

“As a matter of fact, she earned her MBA and served in a number of important positions in the State Department and… in the US Embassy of Bern in Switzerland.

“She is a civil servant. She is well qualified and, in terms of her age, the Ambassador is in her mid-60s, which makes her younger than a number of our politicians here…so I don’t think age is really an issue here.

“PM (Gaston Browne) and I actually met with the Ambassador and found her to be very knowledgeable and engaging, and we’ve started a new path to honest forthright dialogue with the US State Department through our relationship through the very US Embassy,” Fernandez told legislators.