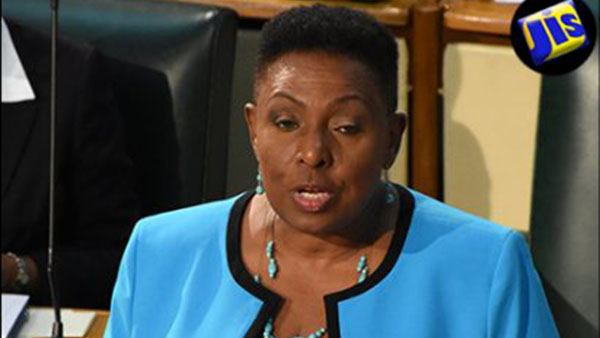 Jamaica Government To Review Legislation Regarding Violence Against Women

KINGSTON, Jamaica, July 13, (CMC) – The Jamaica government says it will review legislation related to violence against women and children, in the wake of the murder of three-year-old Nevalesia Campbell over last weekend, Culture, Gender, Entertainment, and Sport, Olivia ‘Babsy’ Grange has said.

In a statement, Grange said that the time had come for Parliament to make its voice heard on these issues.

“The time is now for this Parliament to make its voice heard by prescribing appropriate consequences in the Offences Against the Person Act, the Sexual Offences Act, the Domestic Violence Act, and The Child Care and Protection Act,” Grange told legislators.

She said that a review of the Acts was spurred by a motion, filed in 2013 by now Foreign Affairs Minister Kamina Johnson Smith, calling for a joint select committee on violent crimes against women and children. The review started in July 2014, but was discontinued in December 2014.

Grange said that over 1,700 children have been murdered over the last 14 years, and pregnant women and other females, as well as children, have continued to suffer from violence.

She said that her ministry was now prepared to do its part in the fight against crime that is being pursued by the government.

Earlier this week, Prime Minister Andrew Holness said his administration would do “whatever we can to deal with these gruesome and indecent acts” after the police announced they had detained a person in connection with the murder of the three-year-old girl on Sunday.

“The government is clear and adamant that we will do whatever we can to deal with these gruesome and indecent acts, especially against our women and children. This is a sincere commitment by myself and our cabinet. I understand that good progress is being made in the investigation and I believe this is one case where the perpetrator or perpetrators will not get away,” Holness said.

Police said Alexus Newland, otherwise called ‘Dal Dal’, whom they had named as a person of interest in relation to the murder of three-year-old Nevalisia Campbell, had been detained on Monday.

Opposition Leader Portia Simpson Miller had earlier noted that “Jamaicans must be particularly incensed that children continue to be among the victims of vile and senseless murders”.

Holness said that Jamaica “must enhance penalties to act as deterrents or as appropriate punishment” and urged all Jamaicans to be parents to all children and to protect children as if they were their own.