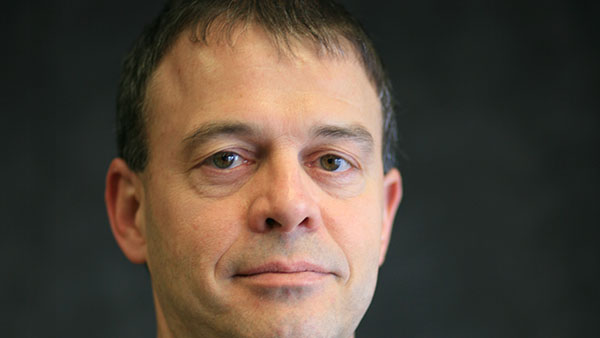 TORONTO, Ontario — As Canada gets ready for the 2016 Census, starting May 2, when Statistics Canada will send census letters and packages to all Canadian households, many researchers are welcoming the return of the mandatory long-form survey.

Soon after the Liberal government, led by Justin Trudeau, was sworn into office in November 2015, it announced the reinstatement of the mandatory survey, which was cancelled by former Prime Minister, Stephen Harper.

Harper opted instead to have a voluntary National Household Survey (NHS) sent out to Canadians for the 2011 Census.

Dr. Carl James, Director of the York Centre for Education and Community at York University, says having data, and importantly disaggregated data, is paramount to work with any population of people.

“Economically, we are able to direct funds to where they are most needed and where they might have the most impact. Socially, it enables us to address the social and cultural needs and issues because we have a sense of the issues as informed by the data.”

In addition to conducting a Census every five years, there are about 350 active surveys on virtually all aspects of Canadian life. In Canada, providing statistics is a federal responsibility.

The cancellation of the mandatory long-form survey in 2010 has adversely affected the work of researchers. 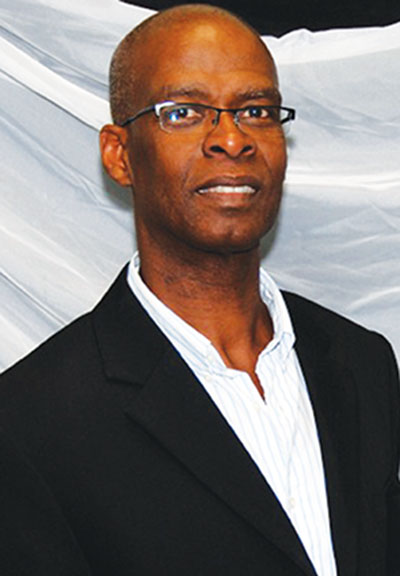 Dr. Carl James is Director of the York Centre for Education and Community at York University. Photo credit: ACAA.

“Being mandatory, we are able to get a more fulsome profile of the population. A major problem that we now have, we are unable to compare issues and other things within the population over the years because the NHS has messed things up,” says James.

On April 20, Marc Hamel, Director General responsible for the Census of Population Program, held a press conference in Toronto about the 2016 Census to discuss the return of the long-form census, the importance of census data for communities, the census process and ways to complete the census questionnaire.

Hamel has been responsible for the largest statistical program conducted by Statistics Canada since 2009.

In Canada, it is mandatory for all residents to participate in the census. This includes Canadian citizens, landed immigrants, refugee claimants, and people who hold a work or study permit.

The penalty for not participating could result in a fine of up to $500 or three months in jail.

Each household will receive instructions about the census in early May and at that time, they can decide if their household will complete a census questionnaire online or on paper.

One in four households will receive the long-form and this year there will be no question about a person’s income as Statistics Canada can get that information from income tax data.

James noted that the long-form census is only given to a percentage of the population and not the entire population. Most people will receive the short form to complete.

Regarding the benefits to ethno-cultural communities, Hamel noted that the census is the primary source of reliable demographics data for specific groups such as immigrants, visible minority and language groups.

The questions have been translated in 21 different languages.

When asked about the response of Canadians to the voluntary National Household Survey in the 2011 Census compared to the mandatory 2006 Census, Hamel said 68 per cent responded in 2011, compared to 94 per cent in 2006.

Census Day is May 10 and enumerators will start going door to door by the end of May to do follow-up with some households.

Statistics Canada is aiming to wrap up all collection of data by the end of July but is also mindful of the effect that natural causes may have on communities and the need to plan accordingly with local authorities to conduct the census.

This is done, Hamel said, to allow everybody – the 36 million Canadians — the chance to participate.

Hamel is a member of various international expert committees on Censuses and led the redevelopment of Principals and Recommendations under the United Nations and the Economic Commission for Europe in preparation of the 2020 international round of Censuses.

The question collects information in accordance with the Employment Equity Act and its Regulations and Guidelines to support programs that promote equal opportunity for everyone to share in the social, cultural and economic life of Canada.

He was asked whether a question like this answers the call from various organizations and researchers for race-based disaggregated data. It was also noted that the categories include race and ethnicity.

Hamel said longstanding research by Statistics Canada has shown that this is how people relate to these various configurations.

“The questionnaire really is trying to get as specific information as possible about Canadians overall. So, we’re asking people to provide the information as they see it to the various questions about race, origin, ancestry, to create the complete picture. And then that information is put back together in ways that users will be able to relate to. So it is important to understand how the society is changing so that services are adapted to those changes,” he said.

James said once researchers apply they are able to get all these disaggregated data.

“But what they probably tend to do is just put them together and just put whites in one column and visible minority in the other. So the only one that’s not a visible minority, all the others – South Asian, Chinese, Arab, all of them would be visible minority and that’s what I hate because it doesn’t allow enough work to be done with visible minority. The UN had asked Canada to stop using that term actually because of what it connotes. The disaggregation of data enables a much more rigorous kind of response to the population based on these different identities,” he said.

While addressing the Citizenship and Immigration Committee in the 41st Parliament in March 2015, Debbie Douglas, executive director of the Ontario Council of Agencies Serving Immigrants (OCASI) told the committee that: “Without the mandatory long form census, we will continue to risk leaving out certain vulnerable populations when we look at issues like the economic integration of immigrants.”

They found that despite years of unprecedented economic growth and an increasingly diverse population, the report “confirmed what so many Canadians have experienced in real life: a colour code is still at work in Canada’s labour market.”

“Racialized Canadians encounter a persistent colour code that blocks them from the best paying jobs our country has to offer.”

It was published by The Wellesley Institute and the Canadian Centre for Policy Alternatives.

Hamel noted that the question about religion – which was asked in the 2011 Census — is asked every ten years, so will be back in 2021.

The director general said almost three-quarters of Canada’s population was not born in Canada and the questionnaire can capture changes in the society which will ultimately be reflected in questions in future censuses. 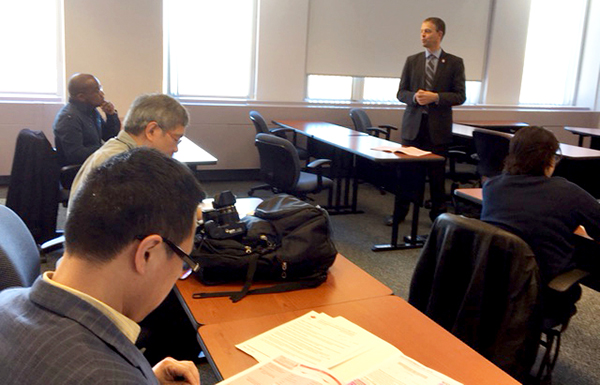 He noted that family formation is changing in Canada; it is no longer two adults and  two children.  There are more singles and so families and housing are changing.

Question 18 asks: “Is this person and Aboriginal person, that is, First Nations (North American Indian), Métis or Inuk (Inuit)?”

There is a note that “First Nations (North American Indian) includes Status and Non-Status Indians.”

As Canada’s central statistical office, Statistics Canada is legislated to serve this function for the whole of Canada and each of the provinces and territories.

Objective statistical information is vital to an open and democratic society. It provides a solid foundation for informed decisions by elected representatives, businesses, unions and non-profit organizations, as well as individual Canadians.

As a member of the United Nations Statistical Commission, Statistics Canada endorses the fundamental principles of official statistics.

The 2016 Census costs $750million over a 7-year cycle and according to Hamel, Statistics Canada tries to innovate as much as it can to keep the costs as low as possible.

Statistics Canada is still in the process of hiring enumerators.

> someone in your household would prefer to complete a separate questionnaire

> you need more than one questionnaire for your household

> you want a copy of the questions in a language other than English or French.

The CHL is a free service and is available in many languages.