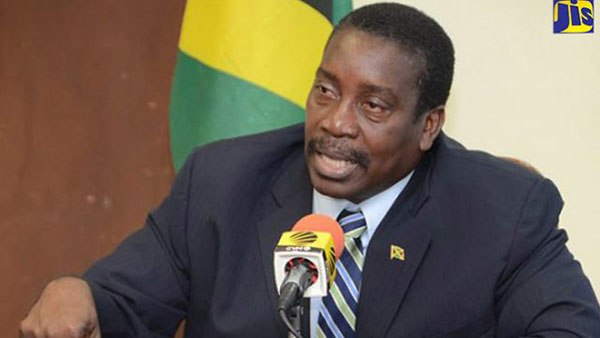 KINGSTON, Jamaica, March 15, 2017 (CMC) – National Security Minister, Robert Montague, says more than 150 guns and over 1, 500 rounds of ammunition have been seized by law enforcement authorities so far this year.

“We are making progress in taking illegal weapons and ammunition off the streets, but that is not good enough. We must get to the supply, which is the root cause of our problems, because the more we take up, it also tells us that more is coming in,” the National Security Minister said, during the handing over of a BULLETTRAX-3D System to the Institute of Forensic Science and Legal Medicine.

He said that last year, more than 700 illegal guns and 8,721 rounds of ammunition were seized under the “Get the Guns” campaign.

He said a review of the Firearms Licensing Authority (FLA) has been undertaken, while the operations have been “tightened” to ensure that legal gun owners are properly vetted, appropriately trained in the handling and keeping of firearms and are held accountable.

“Legal gun owners cannot enable criminal access to guns and ammunition through negligence or irresponsible actions. Every firearm and every round of ammunition in the country will be properly accounted for. We cannot stamp out the scourge of crime and murders in Jamaica unless we overcome our gun problem,” Montague said, noting that 70 percent of the murders committed in Jamaica involve the use of firearms.

Under the “Get the Guns” campaign, the police intercept illegal firearms entering the island, as well as recover guns from criminals. Monetary rewards are offered to the public for information that leads to the seizure of the weapons.