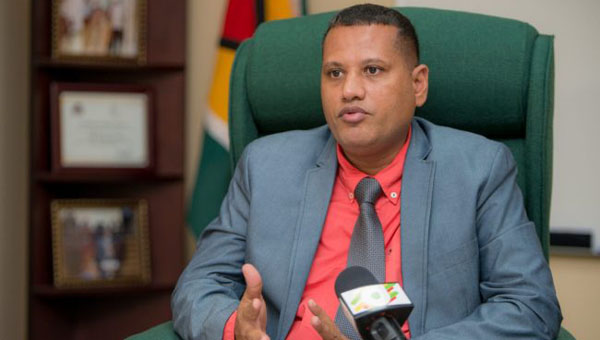 GEORGETOWN, Guyana (Friday, October 23, 2020) — As the government continues to deliver on its manifesto promises, Minister of Housing and Water, Collin Croal, announced, today, that systems are in place for citizens to have more affordable water.

President, Dr. Mohamed Irfaan Ali, had announced, on September 7, a number of sweeping budgetary measures, including the removal of VAT on water and free water for pensioners, as part of provisions in the 2020 Emergency Budget.

The implementation of this initiative means that more than 50,000 pensioners in Guyana can now enjoy improved livelihood, and hundreds of thousands of citizens can now have more money in their pockets with the removal of VAT, the government said in a release.

“Every consumer that is paying for their water can expect that, the removal of VAT,” Minister Croal said in an interview.

GWI CEO, Shaik Baksh, had said, previously, that consumers pay over $35 million per month in taxes on water.

For pensioners, the Minister said the government will also reinstate subsidies, which were removed over the past five years. This is in keeping with the PPP/C Manifesto for improved access and quality of water, and a fulfilment of promises made on the campaign trail.

However, he added that “for the metered pensioners, the first 10 cubic metres of water consumed is zero-rated and, above ten cubic metres, then they will be required to pay the difference consumed at the rate that is being charged for [other] consumers”.

He estimated that 10 cubic metres of water equates to approximately five 400-gallon black tanks, which is expected to adequately supply water for each pensioner and a partner, once managed properly.

Further, the Budget allots a total of $2.8 billion to undertake several water improvement projects in rural and urban areas nationwide, making it possible for all Guyanese to access potable water.