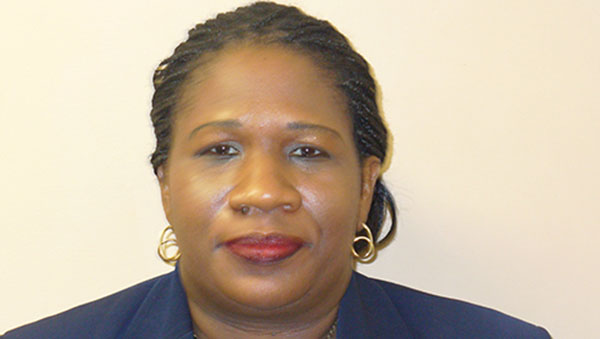 Jennifer Britton, Deputy Program Manager for Information and Communication Technology (ICT),at the Caribbean Community (CARICOM) Secretariat, said that she was confident that with the App, the CXC base of about 10 000 would expand exponentially.

Speaking at the recent launch of the CXC application, Britton said that the Single ICT Space was one of the initiatives, undertaken by the CARICOM Secretariat, which linked strongly to the launch and utility of CXC Connect.

“The Single ICT space is a major transformational project for the CARICOM region. It will provide and support the digital layer of the CARICOM Single Market and Economy (CSME). Apps which provide, and use, CARICOM content are of singular importance to the Single ICT space,” she said, at the launch.

The App, the first mobile application of the Caribbean Examinations Council (CXC) – a CARICOM Institution – has a newsfeed, which pulls content from CXC social media spaces, with push notifications for specific messages. With the App, students, parents and teachers can use their mobile devices to check examination results, which will be available in August.

There is also a chat feature, which appears in five discussion categories and connects users to a CXC agent. Other features of the App include a frequently asked questions library and new subject releases.

CXC Connect is designed for Android and iOS devices, including mobile phones and tablets, and can be downloaded from the Apple Store and the Google Play Store.

Alluding to emerging trends in the field of Information and Communication Technologies (ICT), Britton said that is was evident that Apps were the “oxygen of the Internet and the Internet economy”.

“Mobile Apps have become part and parcel of daily life for hundreds of millions, all over the globe, and we, in CARICOM, are in that group,” she pointed out.

The CXC App, she added, was one that helped save time and provided a central, accessible repository for vital information.

She highlighted the various ways in which the App could fit into aspects of her life as a parent – to access vital information; as a teacher and educator – to have subject syllabuses at her fingertips; as government/ministry official – to demystify the dates and timings of examinations; and as a life-long student – access to endless possibilities, such as e-books, links to other essential sites and apps, and e-learning modules.

Britton described the App as a very tangible and real response to the social, economic and environmental challenges that the CXC, and many other regional organisations, faced.

Among the challenges she identified were the fact that CXC was headquartered in one country, but had stakeholders and main clients in 17 or more territories; and adequate financing.

She said that she was confident that with the App, the CXC base of about 10 000 would expand exponentially, and lauded the regional institution for being innovative by linking ICT and education to provide essential service products to its customers.

She, however, warned that CXC Connect must not be “an App just for an App sake”.

“This App is a marketing tool. This App is about sharing knowledge and information, communicating efficiently, building learning communities and creating a culture of professionalism in across governments.

“Believe it or not, the most popular non-game App across several platforms – for the past year is Netflix. So CXC and every regional app developer – has to view Netflix as a main competitor – scary, but we are up to the challenge as Caribbean people.

“At the global level, Game Apps dominate both the Android and IOS (Apple) markets; Education Apps are the second category for Android and third for the Apple environment – so CXC Connect is in good company”, she said.