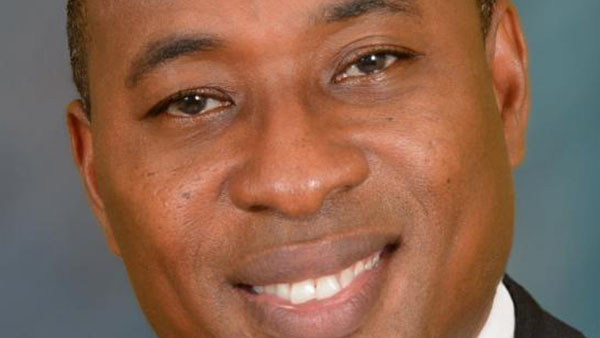 President of the Barbados International Business Association (BIBA), Marlon Waldron, says in response to Barbados being de-listed, "We are elated with this latest news. We always felt that Barbados should not have been on the list and again we are happy."

BRIDGETOWN, Barbados, January 24, 2018 (CMC) – President of the Barbados International Business Association (BIBA), Marlon Waldron, yesterday, welcomed the decision by the European Union to remove the island from a new list of global tax havens, following commitments made at a high political level to remedy EU concerns.

In a statement, the EU said Barbados and Grenada are joined by the Republic of Korea, Macao SAR, Mongolia, Panama, Tunisia and the United Arab Emirates and that they have been removed from the list of non-cooperative jurisdictions for tax purposes, and moved to a separate category of jurisdictions subject to close monitoring.

“We are elated with this latest news. We always felt that Barbados should not have been on the list and again we are happy. This information would certainly add comfort, not only to our members, but the clients and partners and, by extension, all stakeholders that Barbados has somehow clawed back what potentially could have been very damaging to our reputation,” Waldron said.

Industry, International Business, Commerce & Small Business Development Minister, Donville Inniss, led a delegation to Brussels for talks with the EU on the issue.

The EU said that the Council agreed, Tuesday, that a delisting was justified in the light of an expert assessment of the commitments made by these jurisdictions to address deficiencies identified by the EU. In each case, the commitments were backed by letters signed at a high political level, it added.

“Our listing process is already proving its worth”, said Vladislav Goranov, the Finance Minister of Bulgaria, which currently holds the Council presidency.

“Jurisdictions around the world have worked hard to make commitments to reform their tax policies. Our aim is to promote good tax governance globally,” he added.

The decision by the European Council leaves nine jurisdictions, including Trinidad and Tobago and St. Lucia, on the list of non-cooperative jurisdictions, out of 17 announced, initially, on December 5, last year.

Last Friday, the St. Lucia government said it expected to join Barbados and Grenada, in being removed from the list.

Prime Minister Allen Chastanet said he had a conference call with EU officials, on Friday, to identify the problem areas.

“Every month there is a review committee that assesses where the defaulting countries are, so we expect to be told, specifically, what the concerns are to which we will respond,” Chastanet said, adding that Castries has done everything “within its power” to meet the tax requirements.

Waldron said the issue now for Barbados is to ensure that the island complies with the terms agreed upon with Europe.

“We have to ensure that we committed to we execute and have it done as soon as possible,” he said, noting that his association, along with other industry partners, would be working with the government “in ensuring that we execute on the commitment to the EU.

“We believe, and we know, that this will happen and make sure that Barbados is not included on any list going forward,” he said.

The proposal for the delisting was made by the so-called Code of Conduct Group, which gathers tax experts from the 28 EU member states. It monitors countries’ commitments to abide by EU standards on tax matters.

Caribbean countries have, in the past, been very critical of being included on these lists, insisting that they have done everything as outlined by various European organisations, like the Organisation for Economic Cooperation and Development (OECD).

The EU finance ministers had claimed, last month, that the countries on the blacklist were not doing enough to crack down on offshore avoidance schemes.

The list excludes a number of British Overseas Territories such as the Cayman Islands and Bermuda that were on a previous EU blacklist from June 2015. Complaints about the methodology of that last list saw it scrapped and replaced with the new register.

In its statement, Tuesday, the EU said that the list also carries recommendations on steps to take to be de-listed.

“The EU’s list is intended to promote good governance in taxation worldwide, maximising efforts to prevent tax avoidance, tax fraud and tax evasion. It was prepared during 2017, in parallel with the OECD global forum on transparency and exchange of information for tax purposes.

“Whereas the list is to be revised at least once a year, the working group responsible for preparing it (the ‘code of conduct group’) can recommend an update at any time,” the statement noted.