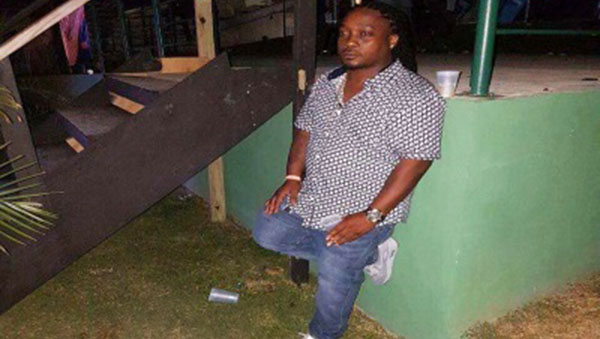 BASSETERRE, St. Kitts-Nevis, August 29, 2018 (CMC) – The son of a senior government minister was shot and killed, on Monday night.

In a brief statement, the police confirmed that Mickail “Mitch” Liburd, the son of the Minister of Public Infrastructure, Posts, Urban Development and Transport, Ian “Patches” Liburd, was killed as he got out of his vehicle.

His murder, brings to 20, the number of people killed here, so far this year.

The police have not issued any further details on the killing and the government has, so far, not issued a statement.

“My Team Unity Government and I lift up our beloved colleague and his whole family in prayer, and ask God to heal the unimaginable heartbreak of having to bury a child. Minister Liburd can count on us to give him the emotional support needed during this incredibly painful time,” the prime minister said.

He went on to note that, “As a trusted colleague and confidant, Patches and I are bound by a special friendship that goes back many years. Our bond is built on our shared patriotism and love of politics, as well as mutual admiration, respect and understanding.

“While tragedy knocks us to our knees, it also brings us closer to the people in our lives, who will always be around to hold us by the hand and pick us up off the ground, after we’ve fallen into despair.  Patches, I am here for you, the country stands with you, and our Cabinet will only grow closer in this ordeal.”

Last week, the government said members of the Defence Force (SKNDF) were now empowered with policing powers, as the twin-island country continued its efforts to deal with the rising crime situation.

Dr. Timothy Harris, who is also the Minister of National Security, said that his Cabinet “will use every resource at our country’s disposal to ensure that the peace, stability and prosperity that our people deserve are always available”.

“There will be setbacks on the journey, but our commitment to make St. Kitts and Nevis the safest democratic state in the world, will never be shaken,” said Prime Minister Harris.

Meanwhile, the main opposition St. Kitts-Nevis Labour Party (SKNLP) has renewed its call for a bipartisan approach to dealing with the crime situation.

“These are truly serious times. Labour joins with all God-fearing, peace-loving, law-abiding citizens to extend our heartfelt condolences to the family of the slain young man. His death, along with those of the many precious souls lost to crime and violence, is a sharp reminder that crime does affect us all and we need to be serious about arresting crime and bringing peace and civility back to our country,” the party said.