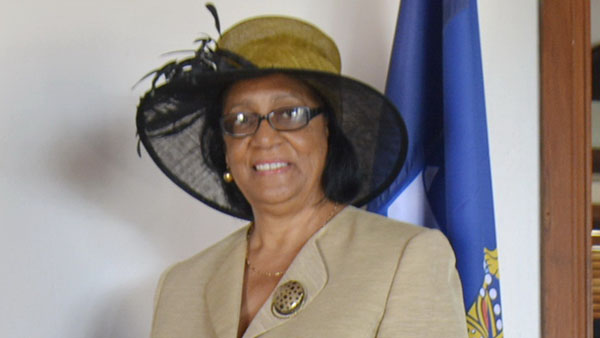 ST. GEORGE’S, Grenada, September 20, 2018 (CMC) – Governor General, Dame Cecile La Grenade, has issued the writ that will provide for the Parliamentary Elections Office (POE) to conduct the November 6 referendum, as to whether or not Grenada should replace the London-based Privy Council with the Caribbean Court of Justice (CCJ) as its final court.

The writ was issued, four days after the Senate approved the Caribbean Court of Justice Bill, which had already received approval from the House of Representatives.

Supervisor of Elections, Alex Phillip, said that as a result of the Governor General issuing the Writ, the final day for registration of voters will be September 28.

“The law provides for registration of voters to close, nine days after the writ is issued, so it was issued, on Tuesday 18th September, and therefore, the closing date will be next week Friday,” he said.

POE Civic Education Officer, Ferdinand Phillip, said that as of September 14, the total number of registered voters stood at 78,889.

He said that once registration stops, an updated voters list will be published and there will be a 14-day period for persons to file claims and objections.

“We will then publish the updated list, and it should contain the names of all persons registered as of the close of registration. Everyone who registered should examine the list to confirm they are properly registered. If anyone has any objection, there are 14 days from the date of publishing, to draw it to the attention of the supervisor of election,” he said.

“These complaints, which are described as claims or objections, must be done on the official forms that are provided, from returning officers at the various sub-offices, in the constituencies,” he explained.

The November 6 poll will be the second opportunity that Grenadians will have to vote on the CCJ replacing the Privy Council.

In November 2016, the measure was defeated by a margin of 12,434 to 9,492. The bill was one of six that Grenadians had to vote on during that referendum. None of the bills, including one that would have set a fixed date for general elections here, received the necessary two thirds majority needed to pass.

The CCJ was established in 2001 by regional governments. It has two jurisdictions –Original and Appellate – and while most of the Caribbean countries are signatories to the Original jurisdiction, only Barbados, Belize, Dominica and Guyana have signed on to the Appellate Jurisdiction of the CCJ that also functions as an international tribunal, interpreting the Revised Treaty of Chaguaramas that governs the regional integration movement.