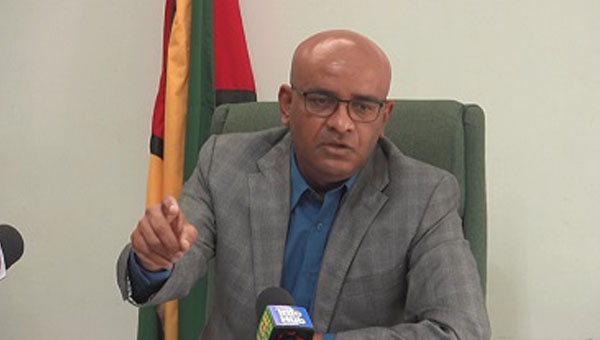 GEORGETOWN, Guyana, February 1, 2019 (CMC) – Opposition Leader, Bharrat Jagdeo, says legal action may be taken, against the Guyana Elections Commission (GECOM), to force it to prepare for holding fresh regional and general elections, within the next three months.

Jagdeo, responding to the High Court ruling, yesterday, in which acting Chief Justice, Roxanne George-Wiltshire, ruled that the motion of no confidence, passed in the National Assembly on December 21, last year, is valid, said GECOM needed to start preparations for the polls, in keeping with the Guyana Constitution.

Jagdeo had moved the motion that received the support of then-government backbencher, Charrandass  Persaud, resulting in the downfall of the David Granger-led coalition administration. Under the Guyana Constitution, the country must hold fresh elections, within 90 days of the motion of no confidence being passed in the National Assembly.

The government has indicated it intends to appeal the ruling of the High Court, and has hinted that the matter could be settled by the country’s highest court, the Trinidad-based Caribbean Court of Justice.

“So now, we need to turn our attention to GECOM, and force GECOM to act in accordance with the Constitution,” Jagdeo said, adding that “over the next couple of days, even if it means legal action to force GECOM to start the preparation for elections”.

Jagdeo — who said the main opposition party, People’s Progressive Party (PPP), was “extremely pleased” with the High Court ruling — claimed that GECOM can prepare the country for the polls “in the next 50 days…because we believe the basis is there for that to happen, having successfully come out of the Local Government election, they can easily do this”.

“But they are unwilling to do this, because of the government sending signals to them that they should not do so. So we will have to put pressure on the machinery at GECOM and the Commission to proceed, immediately, with the preparations for elections,” Jagdeo said, adding that he was also calling on the international community to take note of what’s happening here.

“I do hope that members of civil society and the international community, now that the judiciary has spoken and that there’s no stay of the decision, that they will now make more strident calls for the government to respect the Constitution of Guyana,’ Jagdeo added.

In a brief statement, late last night, the David Granger-led coalition government said it had taken “note, and respects” the ruling that had been handed down earlier during the day.

“The ruling is not in favour of the Government’s position, with regard to the vote on December 21st, 2018, however due process continues and the Government will file an appeal in the Court of Appeal. The government continues to believe that the full adjudication of this issue is in the national interest,” the statement said.