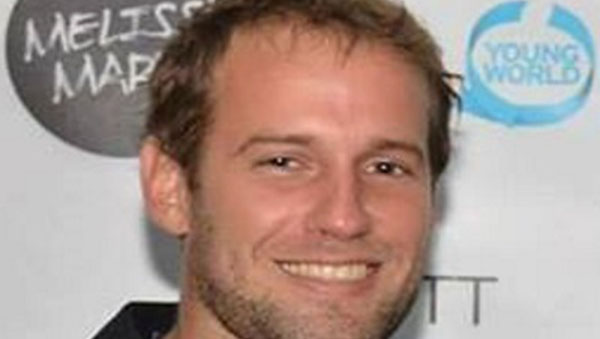 LONDON, England April 19, 2018 (CMC) – A Trinidad and Tobago national, who developed a cost-effective bio-engineering scheme to build climate change resilience, is among a number of outstanding young people being honoured by the 53-member Commonwealth grouping.

Jonathan Barcant, 29, joins several young people, between the ages, 15 to 29, who have been honoured with Commonwealth Youth Awards at the Youth Forum, ahead of the Commonwealth Heads of Government Meeting (CHOGM) that began here, today.

The awards recognise young people, whose innovative projects have had a significant impact on their communities, and the Commonwealth Secretariat said, that this year’s awards celebrated young people’s contribution towards “a fairer, more sustainable, more secure and more prosperous future for the Commonwealth”.

It said that Barcant, the regional winner for the Caribbean and Americas, founded Vetiver TT, a cost-effective, bio-engineering scheme to build climate change resilience. He won from a field that included entries from Jamaica, Guyana and Canada.

“He would like to take the scheme to other nations, affected by hurricanes, such as Antigua and Barbuda and Dominica, and says that “to be part of this network, to showcase on this platform, is very useful for expanding his work”, the Youth Forum noted.

Usman Iftikhar, from the Pacific, who was named Commonwealth Young Person of the Year and received his award from Prince Harry, said “…the Commonwealth is such an amazing platform to share our ideas and perspectives”.

The 27-year-old, who was also the regional winner for the Pacific, founded Catalysr, a start-up incubator that enables migrants and refugees in Australia, to start their own businesses and create a sustainable future for themselves and their communities.

The company has a four-month incubator programme that offers office space, mentoring sessions, networking opportunities and access to capital.

The regional winner for Asia, Vanessa Paranjothy, said that the award will enable her to promote her social enterprise, Freedom Cups, to a wider market.

Paranjothy, 29, from Singapore, co-founded Freedom Cups with her sisters. It provides underprivileged women with menstrual products in a buy-one-give-one model.

She said she was deeply humbled to be honoured by the award, noting “It’s not just East Africa or Africa that I’m working with now, it’s global.”

Head of Social Policy Development at the Commonwealth, Layne Robinson, said that the regional winners and Commonwealth Young Person of the Year “demonstrate real innovation and dedication, in working to make the Commonwealth fairer, more secure, more sustainable and more prosperous.

“Their projects demonstrate the powerful potential of young people, all over the Commonwealth, and we are thrilled to recognise them during the Youth Forum this year.”

The 20 finalists span every region of the Commonwealth and were shortlisted from more than 400 applications from around the world. The awards are coordinated by the Commonwealth Youth Program.