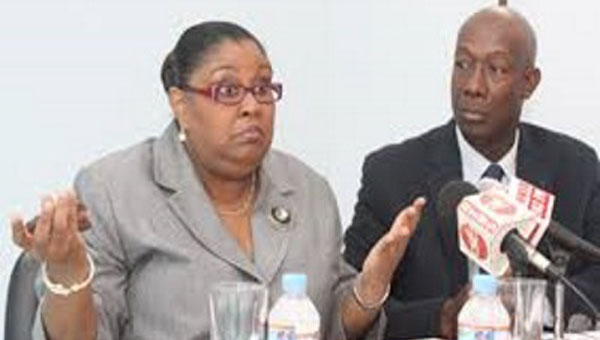 PORT OF SPAIN, Trinidad and Tobago, August 10, 2019 (CMC) – Prime Minister, Dr. Keith Rowley, said, yesterday, he is prepared to take “the necessary” action, as police continue questioning a senior member of his cabinet and her husband on fraud-related activities.

“…I have said, all along, if the police investigations turn up anything that requires my attention or action, then we will deal with it clearly, and we are at that stage now,” Rowley said, on a radio program here, as he broke his silence on the police questioning his Public Administration Minister, Marlene McDonald.

Senior Counsel, Pamela Elder, who is representing the married couple, told reporters that her clients had spent the night in police custody, and that McDonald had been “exposed to a very long and comprehensive interview” by the police, on Thursday. She said they were also cooperating with law enforcement officials.

The Senior Counsel explained that while she is representing both McDonald and her husband, Michael Carew, she would only be speaking in relation to the government minister, who since the ruling People’s National Movement (PNM) came to office in 2015, had been dismissed from the Cabinet on two occasions.

Rowley said he is awaiting the outcome of the investigations, “and I, as Prime Minister, will be required to take certain action, which I will have no difficulty doing that. That is what the job calls for”.

“But a minister finding him, or herself, in a situation of interest to the police is a very serious matter,” Rowley said, brushing aside those, who have been calling on him to act more decisively, given the situation.

In a brief statement, on Thursday, the police said the minister and her husband had “been taken into custody…for questioning”.

“Enquires are ongoing at this time and more information will be provided, when it becomes available,” the police added.

The main opposition, the United National Congress (UNC), said it notes with “grave concern” that a member of the government had been “arrested on allegations of corruption”.

“The party notes that this matter is now before the police, and we await the outcome of the investigation. We live in a country, where the rule of law obtains, and every citizen is entitled to due process, justice and fair play,” the UNC added.

“However, the fact that a sitting PNM government Minister is under active investigation, over claims of misappropriation of public funds and is now being questioned by the police, is alarming,” the party said, noting that Prime Minister Rowley “has not made any statement on this very serious matter. He remains missing in action”.

But Rowley told radio listeners, “One thing that should be clear to the country is that, notwithstanding what others may want to say when they get into difficulties….(calling) for elections and so on, I hope, by now, persons would see that  what we are working towards in this society is that nobody is above the law and that persons will be held accountable.”

“Of course we expect that fair and reasonable treatment will be afforded to all persons, and it is this kind of development, which will give the population confidence (that) we are moving in the right direction.

“So I await the outcome of the police investigation and the questioning of the minister, and whatever action that is necessary and required, will be taken,” Rowley said.