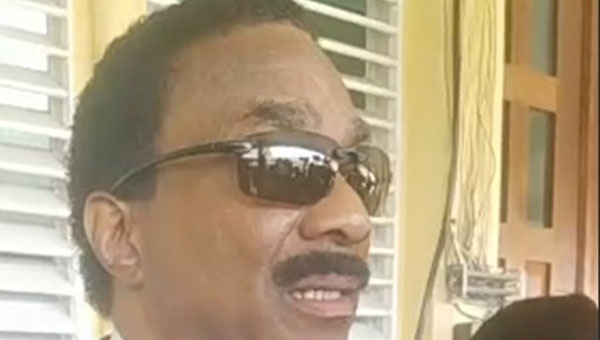 GEORGETOWN, Guyana, October 17, 2019 (CMC) – Attorney General, Basil Williams, welcomed a ruling by Chief Justice, Roxanne George-Wiltshire, yesterday, dismissing an application by the main opposition, the People’s Progressive Party-Civic (PPP-C) that sought to get the Court to force the resignation of the David Granger cabinet, after it was defeated in a motion of no confidence, last December.

In her ruling, Justice George-Wiltshire described the PPP’s application as “vexatious” and an absolute abuse of the process of the Court, noting that the matter had already been taken before the Trinidad and Tobago-based Caribbean Court of Justice (CCJ), the country’s highest court, and rejected.

The Chief Justice said the pronouncements of the CCJ and the orders made in the consequential orders judgement in July, must be read dispassionately and objectively, adding that while the applicant may be dissatisfied with the conclusion of the CCJ, he cannot seek to overturn or reinterpret it by filing an application before the High Court.

“We, the Attorney General and the government, we are happy with the decision. I think that the decision of the learned Chief Justice has restored the provision of the rule of law in Guyana, and it is a very important principle for a hierarchical system of courts, that you follow precedence,” Williams told reporters, following the ruling.

He said the principle is to follow the precedence by the high courts, “and since the CCJ had already determined this issue, whether the Cabinet and the government should resign, it was not fit nor proper as you would have come to the lower court to have the decision of the CCJ overturned”.

“I must say that our courts are exhibiting great patience, as I see it, because this is a matter that has been ventilated within the last eight to nine months …in all of the courts …and to me the learned Chief Justice was correct by saying it is a vexatious matter,” Williams said.

But former attorney general, Anil Nandlall, who represented the opposition party, told reporters he was disappointed with the ruling and hinted at the possibility of filing an appeal “in the interest of constitutionality”.

Nandlall said the decision of the High Court has plunged the country “deeper” into a constitutional crisis.

He told reporters that the doctrine of precedence and another legal argument “are now superior to the Constitution of the country”.

“So this decision must be appealed in the interest of constitutionality, and certainly has plunged the country deeper into a constitutional crisis,” he reiterated.

Williams has warned Nandlall that he ought to be careful he is not now seen as a vexatious litigant, since he was part of all of the previous proceedings before the courts on the same matter.