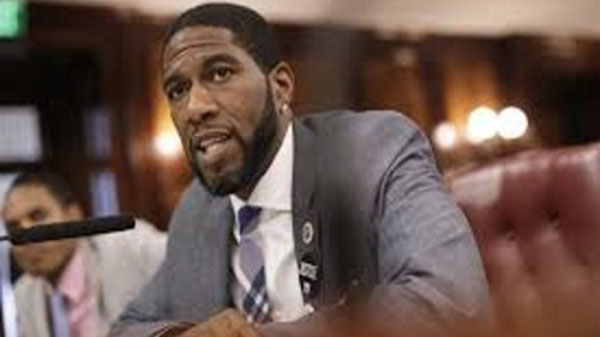 With 5,332 of the 5,901 polling precincts reporting, or 90.36 percent, Williams, the son of Grenadian immigrants, garnered or 78 percent of the votes.

“Thank you all so much; feels like we were just here eight months ago,” Williams told enthusiastic supporters, last week Tuesday night, at the victory party at the Bar Chord on Cortelyou Road in the Flatbush section of Brooklyn. “We did it! Again!”

“I have so many people to thank, including my family, my staff, everyone who volunteered, everyone who came out to vote today, and a special thank you to Council Member, Joe Borelli, for running a substantive race about our ideas and very different visions for the city,” he added. “We don’t agree on much, but we do agree that we can fundamentally change what the Public Advocate can be.”

“I want to make sure that by the time I’m done with my tenure here, no one ever questions again why we need a Public Advocate,” Williams continued, stating that, over the last eight months, he’s been hard at work trying to re-shape the office of Public Advocate.

“Over the next two years, we’re going to continue our work to re-shape the city,” Williams said.

“New York is for the single mom living in a Harlem NYCHA (New York City Housing Authority) development and feeling left behind,” he added. “New York is for the Staten Island family, who sees their property tax rising, while the super wealthy see cuts.”

“New York is for the Brooklyn boy who went from shouting in the streets to becoming Public Advocate, where he still shouts in the streets,” continued Williams, referring to himself. He was born in Brooklyn.

“New York is for each of them, and I want to be a voice for all of them,” he said. “I won’t always have all the answers, but my commitment to finding them will never be in question.”

In a very crowded field of 17 candidates in the Special Election in February, Williams emerged victorious in his bid for Public Advocate in New York City.

With about 396,000 ballots cast in that election, Williams secured 33 percent of the votes.

Eric A. Ulrich, the lone Republican candidate and New York City Councilman from Queens, placed second, with 19 percent of the ballots cast.

“This campaign may have been relatively short, but this journey has been long,” Williams, who had represented the predominantly Caribbean 45th Council District in Brooklyn, told enthusiastic supporters at his then victory party at Café Omar in Brooklyn.

“It traces back across years of working with all of you on the front lines of the issues that matter to all of us – fighting for transformational change in the streets and in the halls of government,” he added. “As your Public Advocate, I promise that we will take up these causes and more, with energy, passion, and resolve – to do what’s right, no matter the political winds. I know I’ll have all of you by my side in these fights.”