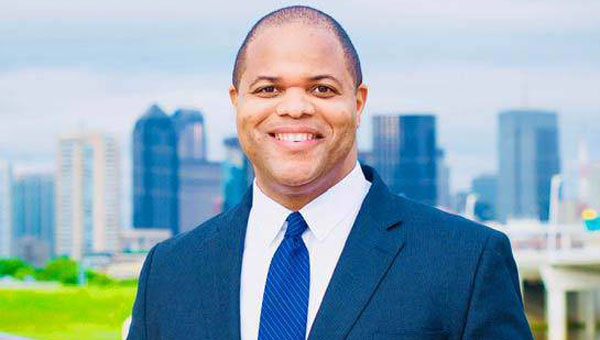 Dallas, Texas Mayor, Eric Johnson. Photo courtesy of the Office of the Mayor of Texas.

DALLAS, Texas May 25, 2020 — Making sound public policy decisions is challenging, even when you have all the information, and now it has become immeasurably more difficult, by all the unknowns, presented by the COVID-19 pandemic, Dallas Mayor, Eric Johnson, said earlier this month.

“There’s just no playbook for what we’re dealing with,” relatedd Johnson, a 2003 Princeton University graduate alumnus, who earned his MPA from the Woodrow Wilson School of Public and International Affairs.

“This is like starting a race that someone tells you, you know, on your mark, get set, go, and doesn’t tell you how far you got to run and when the race is going to end.” 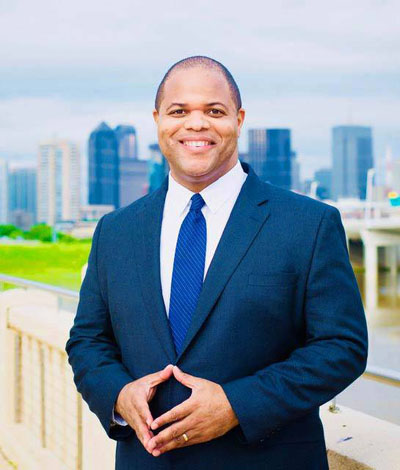 Photo courtesy of the Office of the Mayor of Texas.

The uncertainty around the disease — for instance, knowing when a vaccine will be available — will make going back to normal very difficult, Johnson admitted, on a recent episode of his alma mater’s “We Roar” podcast.

Like most major cities, Dallas is faced with not only a health crisis, but an economic crisis. It likely will have a $25 million budgetary shortfall from sales taxes alone, in its current fiscal year, Johnson disclosed, projecting a possible shortfall, of up to $140 million, next year.

“Those are big numbers for a municipality,” he said. “That really will impact our ability to do the things that people in Dallas have come to expect their city government to do.”

Mayor Johnson has been advocating in his state’s capitol and in Washington, D.C., not simply for relief funds, but for more flexible regulations, regarding how the money can be used.

“There’s a lot of strings attached to it, in terms of us only being able to use it in certain very, very narrow, specific, COVID-related ways,” he said. “We need to be able to use money we get, to just simply plug holes in the budget.”

Robust, nationally-led and locally-implemented testing for the coronavirus will be key, not only to getting a handle on the pandemic, but also for getting people out of their homes, so they can return to work and reinvigorate the economy, he said.

“Testing is, it’s just critical to understanding where the virus is at any moment in time, and how it’s spreading, and where,” he commented. “And we’re just not getting the testing done that we need to get done, to be able to, I think, progress, much more quickly, in reopening our economy, here.”

In spite of the difficulties, Johnson expressed confidence in his city’s ability to recover.

“I think what makes me hopeful is we’ve been, up to now, relatively speaking, successful with what we’ve been trying to do,” he reflected. “And I think that Dallas is the kind of town that’s going to bounce back from this, as quickly as anybody in the country.”