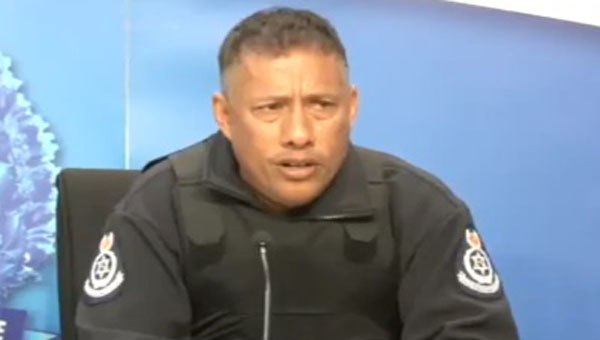 PORT OF SPAIN, Trinidad and Tobago, June 26, 2020 (CMC) – Police Commissioner, Gary Griffith, has called for the establishment of a Gun Court, to deal with the number of gun-related criminal activities in the twin-island nation.

He argued, while there is need for other measures to deal with the crime situation, such as the Bail Amendment Bill — that would deny bail for 120 days to a person, charged with a listed offence, punishable for a term of imprisonment of 10 years or more — a Gun Court should also be established, here.

He reasoned that with 7, 600 people being arrested, over a five year period, “we are speaking about four persons, every week, police arrest for an illegal firearm”.

“The firearms do not kill people, it is the individuals, who have the firearms. So, if we have about 500 to 700 shooters, based on our intelligence, it means that these individuals have been arrested, again and again and again, and it cannot be that we keep doing the same thing and expect different results,” he explained.

He said the police force gets blaimed for everything, including when it rains, and that the need to curb crime here, goes beyond the Bail Amendment Bill.

Griffith noted that the 500 shooters, identified by police, “if we could get them where they belong, it would play a very big part towards the Trinidad and Tobago Police Service adhering towards our objective”.

Griffith said, contrary to popular belief, most illegal guns enter the country through the legitimate ports, noting “we have a situation, with scanners being at the ports, and we are aware of what the clear and danger is, which is the legitimate ports of entry”.

“This is not to take away the importance of what is being done by the Ministry of National Security ….in dealing with preventing the entry of illegal weapons, drugs and human trafficking from the South American mainland.

“But the point being is, that the weapons that have become the tools of choice for most of the persons who commit violent crimes, especially murders, we need to find a way to lock down our ports, to prevent these weapons entering the country…”

Meanwhile, the police have announced a TT$25,000 reward for information leading to the arrest of the gunman, who shot and killed two-year-old, Aniah McLeod, earlier this month.

The child and her 39-year-old father, Stephen McLeod, were shot and killed in Tunapuna, east of the capital, on June 19.

“The Trinidad and Tobago Police Service will take this opportunity to inform the public that we are putting out a $25,000 reward for information that can assist us, in trying to pinpoint the perpetrator of that heinous act; whereby the two-year-old was killed, along with her father,” Griffith said, criticising the lack of public outcry, following the killing of the toddler.

Griffith said that if police officers were involved in the shooting, the response by the public would have been different.