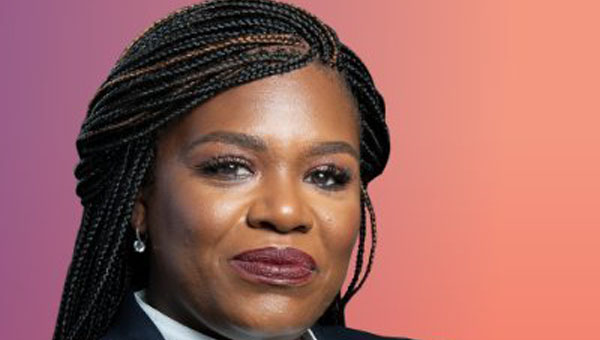 When Americans vote net Tuesday, the candidates on their ballots will not reflect the diversity of the United States.

Despite recent gains, women and people of color still do not run for office as frequently as white men. In part, this is because they face skepticism about their electability.

When former Representative, Katie Hill, launched her campaign for Congress in 2017, for example, Democrats told her a woman couldn’t win in her California district.

In Alabama, meanwhile, when Adia Winfrey was exploring a 2018 run for Congress, a senior party official told her there was “no point” continuing with her nascent campaign. The problem? As a Black candidate, she seemed unelectable.

And in Michigan, 2018 congressional candidate Suneel Gupta, an Indian-American, heard similar concerns. As Gupta recounts, the rationale from some local Democrats was, “I’m not racist, but my neighbor is racist … so I don’t think you’d be a strong a candidate.”

As a political scientist and former congressional candidate, I think these comments reflect a subtle yet pervasive form of discrimination in politics. It’s something I call “strategic discrimination.”

Other people’s views
Strategic discrimination occurs when a party leader, donor or primary voter worries that others will object to a candidate’s identity. As a result, these key actors may not endorse, fund or vote for candidates who fall outside the norm due to their race, gender, ethnicity, religion or sexual orientation.

The problem is not direct bias or animosity. Rather, strategic discrimination is driven by concerns about other people’s views.

As was on full display in the 2020 Democratic primary, even liberals who typically value diversity can engage in strategic discrimination if they think others are biased.

In focus groups, for example, Black Democratic primary voters said they saw promise in Kamala Harris’ candidacy, but they hesitated to support her because they worried America wouldn’t elect a Black woman.

Strategic discrimination typically occurs prior to a primary election. Of course, party leaders want to support candidates who share their policy views. But they also want to win. So when they are deciding whom to support, party chairs, delegates, donors and elected officials make speculative, anticipatory judgments about how candidates will perform in the general election.

In this “futures market” of politics, diverse candidates are at a sharp disadvantage. In my research, I’ve found that Americans see hypothetical white male candidates as more electable than equally qualified Black women, white women and, to a lesser degree, Black men.

The perceived electability gap is especially severe for women of color. Studies I’ve conducted show that Black women are viewed as much less competitive than either white women or Black men. Compared to a white man with the same education and experience in elected office, a Black woman is nearly a third less likely to be considered “very electable.”

The term “electable” has long been part of the American political lexicon, and the buzz around electability has only grown louder as political polarization has increased. This poses a problem for women and people of color seeking to enter politics, because electability is a biased concept.

For one of my studies, in 2019 the MIT Political Experiments Research Lab surveyed a nationally representative sample of nearly 2,000 Americans. 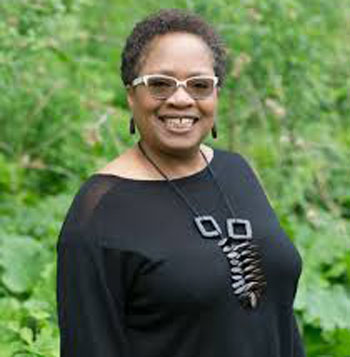 Minnesota State Senate candidate, Marquita Stephens, motivated to run by the death of George Floyd, is running in District 53 as a Democrat. Photo courtesy of Stephens’ Facebook page.

Americans have a long history of believing others are more biased than they really are. Studies show that in the 1960s, even as Americans personally came to oppose racial segregation, they incorrectly believed that others still supported it. According to social psychologists Dale T. Miller and Deborah A. Prentice, such misperceptions can “act as a brake on social change,” anchoring decision making in the prejudices of the past.

Overcoming discrimination in politics
Today, a similar dynamic exists in politics. Although women and people of color win their elections at the same rates as white men, they are seen as less competitive.

Instead of taking a risk on a woman or person of color, party leaders and primary voters may prefer a white, male candidate whose prospects for success feel more certain.

That’s strategic discrimination – and it shapes who is able to become a viable candidate and who appears on the ballot on Election Day. This matters because women and people of color remain underrepresented in politics.

So what can candidates do to overcome strategic discrimination? How can they garner the money and institutional support needed to become viable candidates?

In one of my studies, I found that when subjects read messages emphasizing the importance of Black voter turnout, they saw Black candidates as more competitive.

Success stories from demographically similar candidates may also help. For example, when the subjects in my study read about the 2018 victory of Rep. Lauren Underwood – a Black woman who defeated a white male incumbent in a majority white district – they thought female and Black candidates would be more capable of winning in 2020.

However, in the real world of politics, this approach is far from foolproof.

Many of the female contenders in the 2020 Democratic presidential primary argued unsuccessfully that “women win.” And Cory Booker sought to boost his perceived electability by emphasizing that Black voter turnout would be key to beating Donald Trump. Yet none of these candidates ended up as their party’s nominee.

An alternative strategy is to quash doubts about electability by notching key early victories. When Barack Obama began his first presidential campaign in 2007, many Black primary voters were skeptical that whites would support him. But Obama gained crucial momentum when he won the Iowa caucuses, proving that yes, a Black man could win even in the whitest corners of America.

Most candidates will not be able to replicate Obama’s narrow path to victory. Nonetheless, as diverse candidates continue to run for office in the U.S., they may eventually succeed in changing assumptions about who looks like a winner in politics.