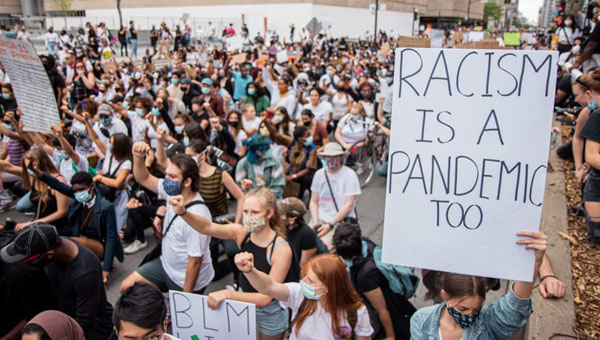 The truth be told, for racism to be defeated, we should first begin by giving it its proper and correct label.

Across the nation, political leaders, legal and policing agencies, and department heads etc., have waxed, eloquently, regarding the presence and the need to reckon with racism.

In the US, as of December 18, 2020, 173 cities, counties, state legislatures and other governmental leaders have declared racism a public health crisis. salud-america.org/rising-number-of-cities-counties-are-declaring-racism-a-public-health-crisis/.

Additionally, the systemic/pervasive nature of racism has also been documented by a plethora of scholars. The aspect of racism that should be fully understood is, that it is not about blaming individual-level people for problems. It is a societal problem that hinders us from being all that we can be.

What is labelled racism is so destructive that we must be very clear how the pathology in question is labelled — just as clearly as the Canadian Food Inspection Agency (CFIA) demanding that food products are truthfully labelled.

Just for a brief moment, conceptualize the drastic consequences if diners, with allergies, were not notified that what was being served contained peanuts, eggs, shellfish or cow’s milk. Consider also, the critical importance of listing side effects on the labels of medicines. Given the life-destroying effects of racism, it too should be labelled properly. It should be labelled White Racism”, not simply racism. Proper labelling may be the crucial step towards its ultimate eradication.

It is not “racism”, inflicted by the Indigenous people of Canada, that contributes to police brutality, or Blacks disproportionately dying from COVID-19. The educational achievement gaps, experienced by Blacks, are not a function of systemic “racism” caused by BIPOC (Black, Indigenous, and People of Color).

On the other hand, it was a White, racist policeman, who fired 18 shots, 11 of which hit Marc Ekamba Boekwa of Mississauga. It was White, racist cops, who caused the deaths of Andew Loku, Pierre Coriolan, Ibraham Hassann, Rene Gallant, Abdirahman Abdi, Nicholas Gibbs, Bony Jean-Pierre, among many others.

Healing usually begins with telling of the truth, and therefore, people recovering from alcoholism say, “I am an alcoholic”. They do not say euphemistically, “I have a problem with drinking”.

Racism is also a euphemism — an innocuous, toned-down, indirect word for “White racism”, which is considered too blunt, direct and downright embarrassing for Whites. “Racism” is used to satisfy and pacify Whites, to make a compromise to them as potential racist aggressors, and, in so doing, those pursuing equity and social justice slow down the progress of dealing with “White Racism”.

At historically-White institutions, such as the Quebec Human Rights Commission, and policing agencies ( L’Ecole Nationale du Police de Québec), law enforcement( SPVM), references to “racism” permits the incumbent White administrators/ directors, and staff members to refer to the nebulous “institution” being at fault; to how an abstract “system” must be changed. As such, the White leaders never focus directly on the fact that they are personally and professionally responsible for addressing “White Racism” at their institutions, that they might be White racists, or, at a minimum, they are the Whites who are responsible for governing or administering White racist institutions.

The destruction of “White racism” must involve White institutional leaders, ready to acknowledge the famous quote, by Walt Kelly: “We have met the enemy and the enemy is us.” They must all take ownership, and let this new year be the time to turn the lens inward and consider their institution/ organization’s own role in perpetuating unfair structures and systems.

It is not enough to accept that racism exists or that they “get it”, when it comes to understanding that racism is a public health issue. We also need them to, with all deliberate speed, lead an assault on “White racism”.