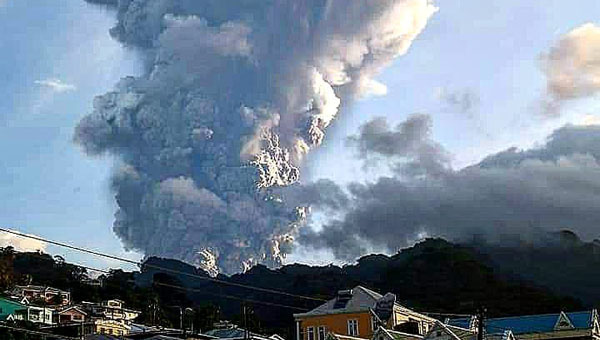 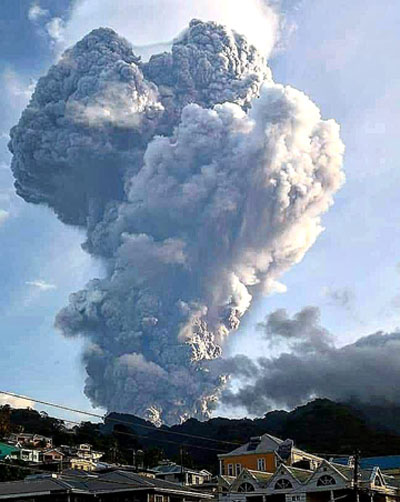 The UWI Seismic Research Centre reported that the explosion occurred at 6:30 am, and huge ash clouds could be seen rising in the early morning skies.

La Soufriere moved into an explosive phase, last Friday, depositing large quantities of ash, across most of St. Vincent and the Grenadines.  Neighbouring Barbados has also been receiving significant deposits, and Saint Lucia and Grenada have also been affected.

Scientists monitoring the volcano say the eruption on Monday, triggered dangerous pyroclastic flows – fast moving flows of broken rocks, ash and gas – which crawled down the sides of the volcano, and, in one instance, reached the coastline.

Here is the latest Update from the UWI Seismic Research Centre, issued at 6:00 a.m. shortly before this morning’s explosive eruption:
La Soufriere Scientific Update – 13/04/21 6:00AM