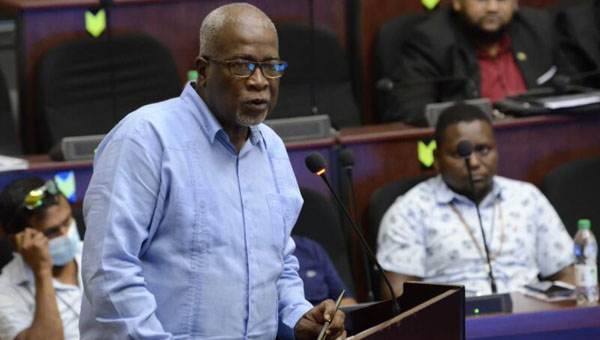 GEORGETOWN, Guyana (Tuesday, July 12, 2022) — Indigenous leaders were reassured by Prime Minister, Mark Phillips — who has responsibility for energy and Information and Communications Technology (ICT) — today, of the government’s commitment to bridging the energy and digital divide.

He said, bridging the divide would see some 215 hinterland and riverine communities benefitting from reliable energy and internet connectivity, which is enjoyed on the coast.

“We have earmarked and expended huge amounts of money, between the period August 2, 2020 to present, to bridge the energy divide and bridge the digital divide. We have committed, we will remain committed, towards seeing all the projects and programs to its conclusion, so that collectively, all of Guyana, including you, and your communities will benefit from these programs and projects,” the Prime Minister noted, as he addressed the National Toshaos Conference. 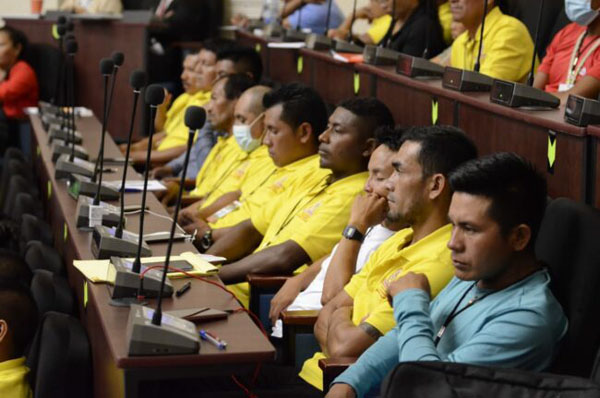 Regarding electricity, Prime Minister Phillips said the hinterland communities are located in off-grid areas, (and) as such, are not connected to the Demerara-Berbice Interconnected System. However, he informed them that government is working on a number of solar and hydro energy solutions.

The government is constructing a 1.5 MW hydropower plant at Kumu, Region Nine and is working to upgrade the 700-kw capacity of the defunct Moco Moco hydropower plant, also in that region.

Over $600 million was earmarked in budget 2022 for the construction of both projects, and the 150-kw hydropower scheme at Kat, Region Eight, is also expected to be completed soon.

The Prime Minister pointed out that the government will be expanding the Hinterland Electrification Program, and in Budget 2022, some $450 million was budgeted to expand and upgrade the hinterland electrification and power generation capacity, through the purchase of generators, and the expansion of distribution lines.

Additionally, the installation of 30,000 solar energy panels in hinterland and riverine communities is expected to commence early 2023, that will benefit over 136,000 residents, he added.

The Amerindian leaders were also informed that the government recognises that ICT is key to building for the future and supporting national development.

In the Peoples Progressive Party/Civic’s (PPP/C’s) manifesto, it committed to developing the infrastructure, and providing the enabling environment to promote the use of ICT across Guyana.

The government has also committed to establishing 200 ICT hubs in hinterland communities that will ensure residents have access to educational opportunities and other government services. To date, 25 hubs are fully functional, while 65 are under construction and should be completed by the end of July.

Training is also being provided for persons in the various communities in ICT, so that they can render assistance should there be any issues arising at the various hubs, the Prime Minister said. That training is expected to commence in August.

Additionally, efforts are also being made to improve the quality and strength of the internet bandwidth hinterland residents receive.