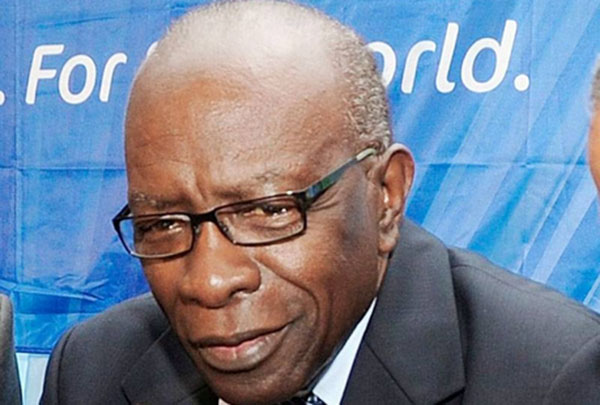 PORT OF SPAIN, Trinidad, CMC – Former National Security Minister, Austin “Jack” Warner, was returned to Parliament, on Monday night, after his convincing victory in the Chaguanas West by-election, which he had previously represented following the 2010 general election.

Warner, the interim leader of the newly formed Independent Liberal Party (ILP) defeated four other candidates including Khadijah Ameen, the candidate of the ruling coalition People’s Partnership government in Trinidad and Tobago.

Preliminary results released so far showed that Warner, who resigned as national security minister in April, had received 12,631 votes as against 5,126 for Ameen.

The Elections and Boundaries Commission said that 27.045 people were eligible to cast ballot in the by-election. The preliminary results showed Warner received 69 percent of the votes cast.

The by-election was occasion after Warner resigned the Chaguanas West seat in April following the release of a report by the Confederation of North, Central American and Caribbean Association Football (CONCACAF) that had been critical of his leadership of the group.

Warner, 70, a former vice president of the international football federation (FIFA), had also submitted his resignation as the United National Congress (UNC) chairman and was forced to form his own party after the UNC, the biggest partner in the three-member coalition, had by-passed him in favour of Ameen.

The other coalition partners, including the Congress of the People (COP), had agreed on the UNC alone fielding a candidate in the party’s stronghold.

When he tendered his resignation Warner had said he wanted to be “revalidated” by his constituents, but the UNC and Cabinet ministers portrayed him as a person with a questionable character, who could not afford to leave the country for fear of being detained by the United States.

His opponents used political advertisements that portrayed Warner as “Jack the Ripper” with a bag of money over his shoulder as well as questioning his “deep pockets”.

Prime Minister, Kamla Persad Bissessar, had rebuked his advances for returning to the coalition government, saying that he had to “clear his name” before any consideration would be given.

But on the campaign trail, Warner said he would not accept any condition for returning to the coalition, insisting that Prime Minister Persad Bissessar was being led by a “Cabal” of ministers.

But to tassa drumming and jubilant shouts from supporters, Warner said “tonight a new era has dawned.

“The result of the election is the voice of the people,” he said, adding “the victory represents democracy where the people articulated their priorities”.

He said the victory should also be seen as a pointer for the rest of the country, adding “if there is a lesson to be learnt, is that a government must listen and respond.

“We are here to say, we are not a Johnny come lately,” he said to supporters, adding that a motorcade would held next Sunday.

In her concession speech, Ameen said the results showed that the UNC “has introspection to do”, but was heartened that “thousands” were still in favour of the party.

She said the party had conducted a “clean campaign” and “tonight I know some of the UNC soldiers may feel a bit sad, but I want you to remember the People’s Partnership government is our government”.

Prime Minister Persdad Bissessar said that “this is just one battle in many battles.

“There are many more battles to come,” she said, a reference to the upcoming Local Government elections later this year and the general election expected in 2015.

She said she was offering congratulations to Warner and wished him, but told supporters “we are still in government. Your government remains strong and…this too shall pass.

“You win some, you lose some,” she told supporters, adding “I don’t think we have lost because we remain in the government”.

She insisted that the government remains “intact and strong” adding “we still have the majority in the Parliament”.

Prime Minister Persad Bissessar said that the results also provide the government with “a golden opportunity” to learn from the mistakes made.