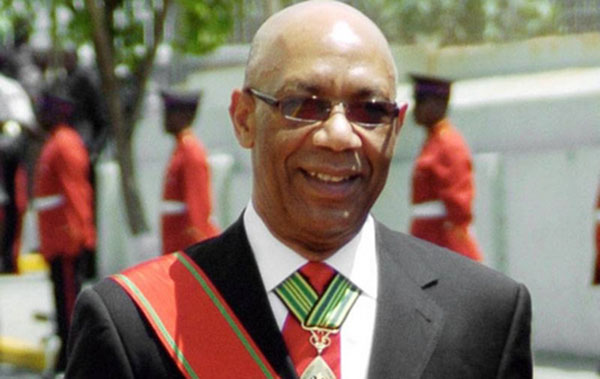 KINGSTON, Jamaica CMC – Governor-General Sir Patrick Allen says he hopes the signing of Jamaica’s first ever social partnership agreement will be the start of the transformation, which will propel the country towards the achievement of Vision 2030, even sooner than envisioned.

The Governor-General said the country is at a critical crossroads in its development and tough decisions have to be made and effectively implemented, in order to grow the economy.

“This is a time for building bridges of mutual trust and understanding; a time for sacrifices to be made by all, for the common good; a time for genuine co-operation which seeks no political advantage; a time for respectful debate and open communication; and a time for people-centred strategies, which will fuel Jamaica’s development,” he said.

The Governor-General said the nation needs to free itself from the “corrosive tribalism which has impeded a unified, coordinated attack on our engrained socio-economic problems.

“We must liberate ourselves from the slavery to poor work ethics, corrupt practices and the tendency to tear down, rather than uplift each other. Our leaders, in all sectors, must liberate the genius which is within them to craft and implement policies and programs for the long-term good of the country, regardless of the impact on the ballot box, membership loyalty, or the short-term bottom line,” he said.

The government and other stakeholders, including the private sector and the trade unions, signed the Partnership For Jamaica (PFJ) Agreement on July 31, and Sir Patrick said during the long years of negotiation, each stakeholder must have come to a full understanding of the root causes of the problems which Jamaica faces.

“You have therefore come to this point with your eyes wide-open to the negative attitudes and practices which have slowed our progress and now threaten our stability,” the Governor-General said.

He said Jamaicans need to believe that there is a genuine commitment to abide by the provisions of the accord.

“All Jamaicans must soon begin to see a positive change in the way the Partners interact with each other and in their accountability to the people of Jamaica. Otherwise, alienation, cynicism and mistrust of leadership will deepen,” he said.

“I know that the persons and bodies involved dreamt of the day when the leadership of all the major sectors in our society would come together and show to Jamaica and the world, the power of unity in action.

I have always believed in Jamaica’s vision to be a great country. Now is the time for all of us who share that vision to demonstrate what we say, what we do and most importantly, how relate to each other,” Mrs. Simpson Miller said.

“The National Partnership Council has a code of conduct to guide us in our transaction, and I am confident that in operating with this partnership body, we can turn our vision into reality,” she said, adding that the government and members of the Partnership Council will keep the public informed and make direct communication through town hall meetings.

Under the Partnership for Jamaica Agreement, there is a reaffirmation and recommitment to the principles of social dialogue and partnership; as well as a resolve to embark on a program for Jamaica’s stabilization, growth with equity and sustainable development, through a social partnership, initially over the period 2013-2016.