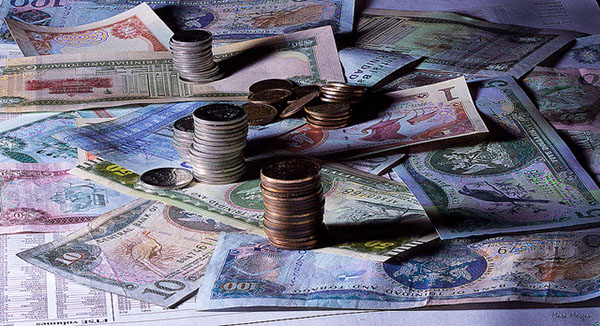 CIA Secretly Collects Data On Money Transfers To The Caribbean

WASHINGTON, D.C. CMC – The Central Intelligence Agency (CIA) has been accused of secretly collecting bulk records of money transfers to the Caribbean and other places handled by companies like Western Union and MoneyGram.

Government officials said the transfers include transactions into and out of the United States under the same law that the US National Security Agency (NSA) uses for its huge database of Americans’ phone records.

The New York Times, quoting several current and former government officials, who spoke on the condition of anonymity because the matter is classified, said the program is authorized by provisions in the Patriot Act and overseen by the Foreign Intelligence Surveillance Court.

“The intelligence community collects bulk data in a number of different ways under multiple authorities,” one intelligence official told the paper.

Dean Boyd, a spokesman for the CIA, declined to confirm whether such a program exists, but said that the agency conducts lawful intelligence collection aimed at foreign “not domestic” activities and that it is subject to extensive oversight.

“The CIA protects the nation and upholds the privacy rights of Americans by ensuring that its intelligence collection activities are focused on acquiring foreign intelligence and counterintelligence in accordance with US laws,” he said.

Juan Zarate, a White House and US Department of Treasury official under former President George W. Bush, said that unlike telecommunications information, there has generally been less sensitivity about the collection of financial data, in part because the government already collects information on large transactions under the Bank Secrecy Act.

Luella Chavez D’Angelo, a spokeswoman for Western Union, which operates extensively in the Caribbean, declined to directly address questions about whether the company has been ordered to turn over records in bulk to the CIA or the surveillance court.

She, however, said the company complies with legal requirements to provide information.

“We collect consumer information to comply with the Bank Secrecy Act and other laws. In doing so, we also protect our consumers’ privacy and work to prevent consumer fraud.”

“We comply with the laws of all the countries where we do business, including the laws that govern privacy, government investigations, and compliance with lawful subpoenas and court orders.

“We have reporting obligations related to suspicious transactions, money laundering and other financial crimes around the world. The laws to which we are subject generally prohibit us from discussing details,” the company said.

Intelligence officials here say the CIA program is a result of terror finance-tracking programs that were established in the wake of the September 11, 2001, terrorist attacks on the United States.