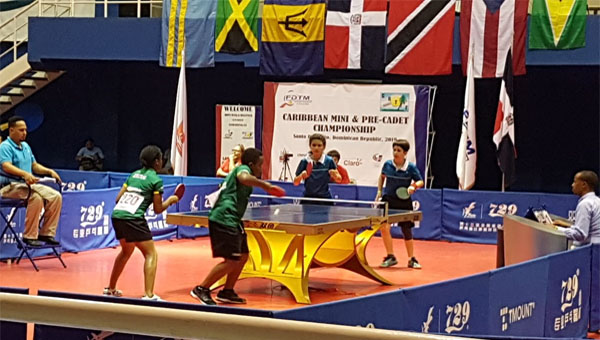 The final day of play saw Tsenaye Lewis, carving a place for Jamaica on the podium in the Under-13 Girls singles, beating her opponent from Dominican Republic in the quarter finals, 3-0, before being bested by another Dominican Republic player by 0-3. 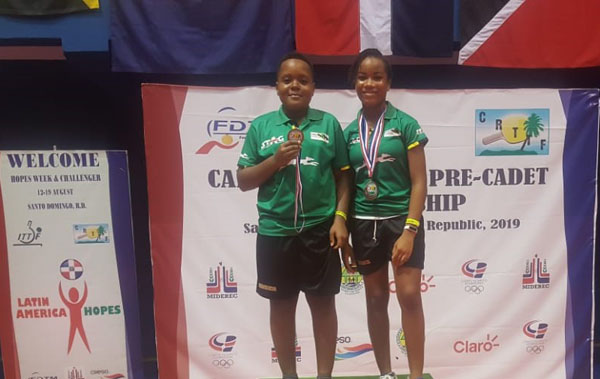 In the end, Puerto Rico emerged the overall winner, followed by the Dominican Republic in second place.

Hindered by not having had all members of the team and one less coach, due to financial constraints, the 11 players nevertheless showed big heart as they battled through the rounds, held over  five days in the Dominican Republic.

The standard of play was very high in the competition, with the Jamaican team playing very well throughout.

An important marker was Jamaica’s performance in games against the home team, which saw over 14 wins, including an Under-11 Mixed Doubles match, with Kirah Scott and  Gari Whyte winning 3-0; and a close singles match, where Rasheed Clarke won 3-2. 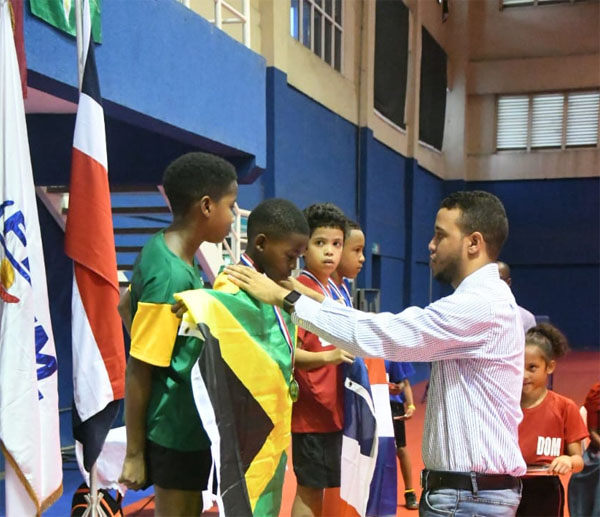 The overall results of the 2019 tournament saw bronze medals for: Tsenaye Lewis, in the Under-13 Girls Singles event; Olivia Petrekin and Liana Campbell, in the Girls Under-13 Team event; Azizi Johnson and Tsenaye Lewis, in the Mixed Doubles Under-13; Matthew Fung and Olivia Peterkin, for Mixed Doubles Under-13; Liana Campbell and Olivia Petrekin, in the Girls Under-13 Doubles Girls; Nickoy Smith and Gari Whyte, for the Under-11 Team event; and Gari Whyte and Nickoy Smith, for the Under-11 Doubles Boys.