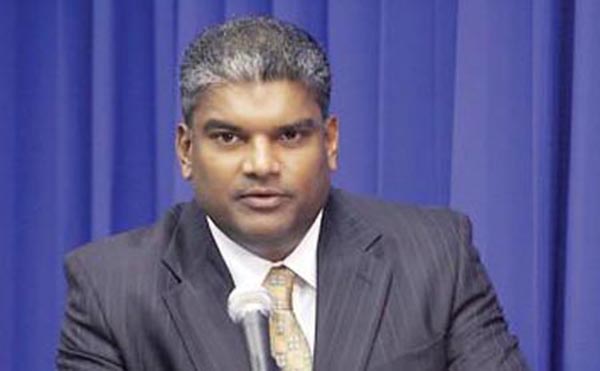 PORT OF SPAIN, Trinidad CMC – Attorney General, Anand Ramlogan, has dismissed a call for his resignation as the controversy continues here over his acquisition of two luxury Range Rovers since coming to office in 2010.

Ramlogan has dismissed the non-governmental organization, Fixin T&T, which has declared that he was “totally unfit” for office and called for Prime Minister Kamla Persad Bissessar to dismiss him, as being associated with the main opposition People’s National Movement (PNM).

Ramlogan, who has already questioned the fairness of the Integrity Commission that is probing the purchase of the vehicles, said the call for his resignation was “somewhat amusing.

“The issues raised are currently engaging the attention of the Integrity Commission and the allegations are all malicious and false. I will cooperate fully with this investigation to clear my name,” he said in a statement.

Ramlogan, who had written to the Integrity Commission on numerous occasions asking whether a probe had started based on a complaint filed by opposition legislator Fitzgerald Hinds on July 23, said  further that “both vehicles have since been presented to the Licensing Authority for inspection and the error (for which I am not responsible), has been rectified”.

The Trinidad Express newspaper, which has been running a series of investigative reports on the acquisition of the vehicles, reported that the two Range Rover vehicles bearing registration plates PCR 2 and PCX 2 had the same engine number among other concerns.

Ramlogan said that the brokerage firm that dealt with the importation of both vehicles had also clarified the other issues which were caused by the different instructions given by the customs officer regarding the completion of the customs documents by the broker.

“In both cases, these are not matters in which I would have been involved and I expect that the facts presented to the Integrity Commission will clear my name. These facts will, of course, be verified by the independent records and officers from the office of the Licensing Authority, Customs and Excise Department and Navarro’s Brokerage,” he added.

In its statement, Fixin T&T said the issue surrounding Ramlogan and the purchase of two Range Rovers raises many questions.