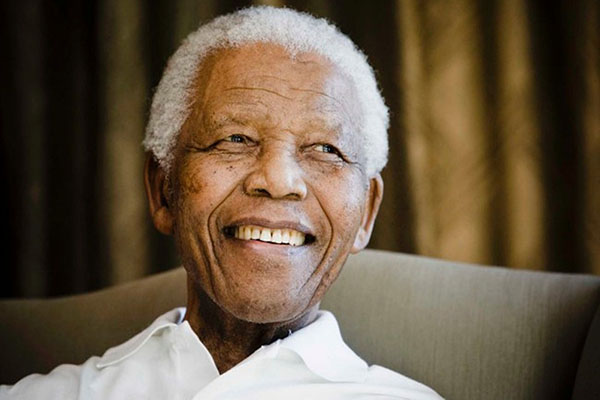 BRIDGETOWN, Barbados CMC – Flags are being flown at half mast in several Caribbean countries as the region continues to mourn the death of the first Black South African president and anti-apartheid icon, Nelson Mandela, who died at his home last Thursday night, following a prolonged illness. He was 95.

Antigua and Barbuda Prime Minister Baldwin Spencer joined some of the regional colleagues who described Mandela as a champion for peace, human equality and freedom.

“In more ways than one, Nelson Mandela has managed to inspire countless individuals around the world through ordinary human actions,” Spencer said, adding that the “Madiba phenomenon has had a great deal of influence on political leaders around the world”.

“From his release from prison in February of 1990 he mounted a campaign of service to his people until his illness and subsequent passing. As a trade unionist and politician, I have treasured the lessons from his life and his unquenchable desire to spend himself for the well-being of others,” Spencer said.

“In honour of his life and work, Antigua and Barbuda will observe a week of mourning from Friday 6. Flags will be flown at half-mast on all government buildings during this period,” Spencer said.

His Grenadian counterpart Dr. Keith Mitchell said that Mandela was a leader and inspiration to freedom loving people the world over.

“Indeed, Mr. Mandela is arguably the greatest public figure of the 20th century; whose eternal legacy will be about the importance of forgiveness, reconciliation and respect for all people. Through shear moral conviction he transcended politics, and inspired people of every culture, everywhere,” Mitchell said.

Bahamas Prime Minister Perry Christie said that the world has lost one of its greatest heroes and an inspirational model for the ages.

“Mr. Mandela was, to be sure, the Supreme Liberator of South Africa in its struggle to end Apartheid. But of infinitely greater consequence, he was the personification of the timeless virtues of personal sacrifice and perseverance in the pursuit of freedom, racial equality, human dignity and moral truth for all the peoples of this planet. He was also a shining exemplar of the redemptive power of forgiveness and reconciliation,” he said.

“Here in The Bahamas we share in this universal outpouring of grief, all the more so because of the warm memories so many of us have of Mr. Mandela from his visit to The Bahamas in the early 1990’s. But even as we grieve, we give thanks for the example and personal witness that Nelson Mandela’s life holds for all of us and for generations yet unborn.”

Guyana’s President Donald Ramotar in a televised message described Mandela’s death as a “loss not just one for the people of South Africa, but for Africa as a whole, and the world at large.

“Nelson Mandela was a giant in defence of human rights and for a free and just society, not only for his beloved South Africans, but for the oppressed the world over,” Ramotar said.

“The struggle he led with other distinguished anti-apartheid fighters has entered into the annals of world history as one of the most defining periods in our world. However, it was not only the struggle, but the manner in which it was conducted which will always remain an example and an inspiration for others working for social and economic justice everywhere”.

Jamaica’s Prime Minister Portia Simpson Miller said the late South African leader was among the greatest human beings in the history of humanity.

“I convey the heartfelt sympathy of the Government and people of Jamaica on the loss of the father of the South African Nation,” she said, describing Mandela as a “courageous fighter, an enlightened leader and a quintessential statesman.

“His life will inspire countless generations and his illustrious legacy will endure. He was without a doubt one of the greatest human beings in the history of humanity.”

Opposition Leader, Andrew Holness, said that all Jamaicans should be inspired by the work and dedication of Mandela whom he described as “one of the greatest leaders to have ever walked the earth.

“We all are fortunate to have witnessed his selfless leadership and dedication to humanity, to his people and to his country,” Holness said, while former prime minister, P.J. Patterson, said that the entire human race had lost one of the finest mortals who ever walked this planet.

“Nelson Mandela overcame the tyranny of racial oppression to become an apostle for a world where people, irrespective of colour or creed, could dwell together in peace and harmony,” he said.

Edward Seaga, another prime minister here, said that Mandela upon his release from jail “did not return to freedom with any vengeance.

“He tried to transform the country into one in which people of different races could live together in a multiracial society and he succeeded to a great extent,” Seaga said.

The Antigua and Barbuda Trades and Labour Union (AT&LU) said it was taking stock of the life contribution of Mandela to human freedom and dignity.

“The life of Nelson Mandela was also dedicated to eradicating poverty and to lift all workers to a state of dignity and worth. May God bless him. May he rest in eternal peace,” the AWTU added.

Mandela, who led South Africa’s transition from white-minority rule in the 1990s, after 27 years in prison, had been receiving intense home-based medical care for a lung infection after three months in hospital.

In a statement on South African national television President Jacob Zuma said Mandela had “departed” and was at peace.

The Nobel Peace Prize laureate was one of the world’s most revered statesmen after preaching reconciliation despite being imprisoned for 27 years.

He had rarely been seen in public since officially retiring in 2004.