New in Pride
Home / National News / On The Move: Cheap Real Estate Sold By Local Governments Can Be Windfall For Visionaries 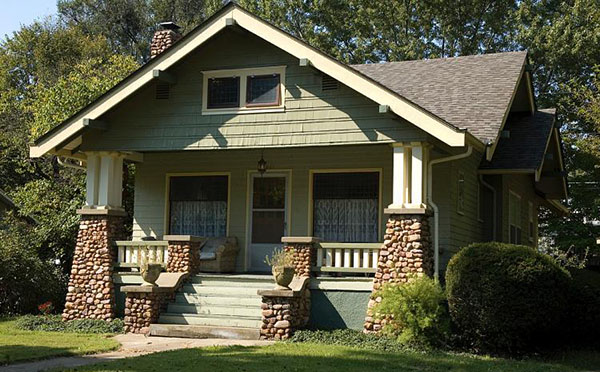 On The Move: Cheap Real Estate Sold By Local Governments Can Be Windfall For Visionaries

For the average person, access to information has exploded over the years. Yet, a lot of valuable facts remain unknown by the general public, because they’re not highly promoted. Sometimes that’s because those responsible for communication don’t think a particular subject is appealing enough, or there’s not enough money to be made for the people putting out the information.

But if you’re on the other side of the fence  – being the potential receiver of the message – accessing these facts could prove invaluable to you.

Take the case of the real estate industry as we know it today. Generally speaking, properties continue to sell at increasing prices all across North America. So often I’ve heard people say about a developing community: “If I’d bought  a house (or land) when I first came to this country 30 years ago, do you know how much that would be worth now?” They’re saying they wish they’d had the vision to think ahead.

Then there are tax sale properties (when municipalities have auctions for real estate with unpaid taxes for at least three consecutive years).  Those sales occur so that local governments can collect the funds to pay for services the community needs.

One way for me to describe tax sales is to liken them to buying goods wholesale versus retail. Obviously, you expect to pay less if you buy something at wholesale or discounted price. And that’s what happens when you participate in a tax sale  —  except that you don’t just go and buy, but you submit a written bid before the stated deadline. The highest bidder usually wins, but here’s the clincher….. in many tax sales, you could be one of only two or three bidders. And sometimes, you’ll be the only bidder at these low-key events that occur with minimal advertising.  Only in large cities like Toronto will you likely find more than 20 bidders for one property. What’s important for the average working person to know about these sales is that you can have as little as $5,000, and with patience, find a property.

Without giving details that would invade anyone’s privacy, here are some examples of properties that came up in tax sales during the past four years:

September 2012 – City of Vaughan, part of the fast-growing Municipality of York, had 10 properties for sale.

Here are some properties scheduled for tax sale this month:

October 8  – North Glengarry – 41 acres with road access. Minimum required tender is $8,573.77.    North Glengarry is a township in eastern Ontario,  in the United Counties of Stormont, Dundas and Glengarry. A predominantly rural area, it’s located between Ottawa-Gatineau, Montreal and Cornwall-Massena.

October 21 – Huntsville in Muskoka has 24 properties going through tax sale.

October 29 –  Seaforth, in Huron East Co., southern Ontario. A commercial land on a main highway, surrounded by businesses. Minimum required tender is $69,278.84.  Seaforth is north-west of Kitchener, less than three hours from Toronto

There are different reasons why tax sales occur. A property owner might, for example, die without leaving a will, or inherit a property he really didn’t want and subsequently neglected it to the point of not paying the taxes. In some cases, people simply can’t afford their property. If there’s a mortgage involved, the mortgage company will usually foreclose, meaning a mortgaged property rarely goes to tax sale.

Most provinces in Canada have these sales. Most, also, run the sales by tender submissions. Only a very few do live auctions on occasion. The tender process, therefore, means that you don’t have to attend an auction to compete with other people. You simply submit your bid in advance. You have no way of knowing who else will bid. However, you can choose to attend when the bids are being opened, even as an observer.

One thing to remember is that you’ll need access to cash to make your purchase. You deposit at least 20% of your bid, with the remainder paid within 14 days if you win. Once you have title to the property, you can apply for a mortgage. By the samples listed, it’s clear that prices are often well below $100,000, and can start as low as a few thousand.

The point of this article is to share the fact that these sales are real. If you’re unfamiliar with tax sales, you’ll need to educate yourself on the subject. If the thought of this type of research seems overwhelming, help is available. Once you understand it and are serious enough to keep checking on what’s coming up for sale, you can start bidding on properties. If you’re not the winning bidder, you’ll get your full deposit returned. And you can try again.

We can be excused for not knowing. But now that these incredible real estate opportunities exist, what will you do about it? I’d love to hear from you.

Beverly Browne has been writing for Canadian publications and businesses for more than 20 years. In 2013 she published her first book entitled, How To Buy Tax Sale Properties: A Canadian Guide. The easy-to-read book teaches people how to acquire real estate from local governments through the tax sale process. She also gives workshops on the subject, for people who want to jump-start their efforts.  Beverly can be reached at   admin@accessprofits101.com     for more information on real estate through tax sales, or if you want to respond to this column.