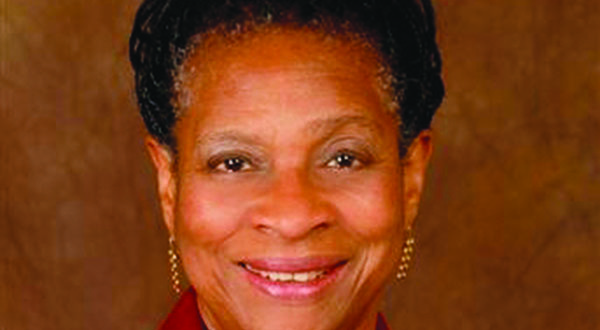 Legal Trailblazer Organized Herself To Succeed

TORONTO, Ontario — When Juanita Westmoreland-Traoré – the first black person to be appointed to the Bench in Quebec – was approaching retirement from the Court of Quebec in April 2012 after serving since April 1999, a team of scholars held a conference in March at McGill Faculty of Law to honour her long career fighting for social justice causes.

Though now retired, she sits occasionally as a supplementary judge and speaks more about human rights and the impact of the Charters on justice issues.

“That was very overwhelming for me because you probably understand that as an academic to have that type of recognition from peers and from leading researchers and professors, and to have a gathering of students to discuss themes and principles that you yourself have defended over the years is very, very, much of an honour,” says Justice Westmoreland-Traoré on the telephone from her home in Montreal.

“The idea that at this point in my life we are in transition and I am passing the torch and I am very pleased, very much touched when others see that the work is meritorious and it deserves continuing.”

Her grandmother was a teacher and her grandfather a schoolmaster in Guyana but, unfortunately, he drowned and she was left with the responsibility of four children, the widow migrated to Canada because of limited opportunities at home.

“He loved me dearly and he was determined that he would overlook and see my education. And, this was something that I think special because this was also a time when some parents, if I use the word, ‘doted’ on their sons and they expected their daughters to go off and marry therefore they didn’t require the same type of education or attention but that wasn’t my father’s philosophy at all,” says the retired judge who was born in Verdun, Montreal on March 10, 1942.

Like most of the men of that era, her father was self-educated and came to Montreal to join his father who had a farm in the Ottawa region and also small businesses in Montreal.

He assisted his father and eventually became a railway porter, one of the Pullman porters. He worked on the train for many years and then left to work in an office as a bookkeeper for a major company.

In his life he transitioned several times and had to work sometimes overseas (United States). He had a difficult life, a hard life; he struggled, there were times of poverty, she says.

When she was in grade school, she moved to six different elementary schools because they needed family support but he never once led her to believe that she would be uncared for or unloved.

Her grandmother was always a part of her upbringing and instilled in her the need for education – a message that came from both sides of her family.

“I owe them a lot. I talk about my family. I talk about my father, my grandmother but my aunts and uncles were also very close. Maybe because I was an only child, it was necessary for me also to be raised by my aunts and uncles so I have a real living sense of the extended family, so much so today, I think, that I continue it in the sense that I have a love and a striving for family gatherings and family celebrations. I think they are important to our morale and they are also important as learning experiences how we live together and move together,” says Westmoreland-Traoré.

She grew up during the period of the Civil Rights Movement when there was a small tightknit African Canadian community in Montreal — many came from the Caribbean.

She says she was fortunate that the community carried her. Union United Church created many of the institutions and founded the Negro Community Centre. It was the home of the Coloured Women’s Club, initially the Negro Citizenship Organization, debating organization – all these organizations that came together basically to foster and to educate the young people in the community, and provided a strong sense of togetherness and building.

Justice Westmoreland-Traoré was admitted to the Bar of Quebec in 1967 and The Law Society of Upper Canada in 1997; she specialized in immigration and citizenship law, human rights, family law and non-profit organization law.

From 1996 to the time of her appointment as a judge, she was Dean of the Faculty of Law of the University of Windsor – the first black dean of a law school in Canada.

Regarding these ‘firsts’ that she achieved, Justice Westmoreland-Traoré says: “I was not always conscious or focusing on the fact that I might be the first. That’s the reality of the situation. Yes, it was a position or a challenge that I was looking for and I organized myself to succeed.”

She says the selection process for the dean at the University of Windsor was very intense, stringent and structured. She had to meet with the student body, professors and staff.

The students had a keen interest that a dean from a visible minority, in particular African Canadian community, be recruited at that point because Windsor was known, and still is, “as a faculty of law which espouses the principles of equity, equity in education and has some remarkable aspects in terms of their recruitment and their courses.”

She is well known for her role in establishing the Conseil des communautés culturelles et de l’immigration du Québec, over which she presided from 1985 to 1990.  From 1991 to 1995, she was Ontario’s Employment Equity Commissioner and in 1995 was a United Nations consultant, on contract, advising Haiti’s Commission on Truth and Justice.

Justice Westmoreland-Traoré has a long history of community involvement on human rights and equality issues both nationally and internationally.  She was a board member of the Canadian Chapter of the International Association of Women Judges from 2003 to 2009 and a co-chair of the Equality and Diversity Committee of the Canadian Association of Provincial Court Judges from 2004 to 2010.

In 2000, the Quebec Regional Committee of the Canadian Jewish Congress awarded her the inaugural Alan Rose Prize for human rights. She was honoured by the Montreal Association of Black Business Persons and Professionals with the Jackie Robinson’s Achievement Award in May 2003, and in August 2005 with the Touchstones Award by the Canadian Bar Association.

Justice Westmoreland-Traoré had some exceptional mentors in her life – Bernard Mergler, one of the first lawyers to champion political refugees who taught her much about law practice Her music teacher, Violet Grant, exposed her to “our heritage, our African heritage writ large in terms of reconnecting with the motherland and being able to try to foster that and to learn firsthand about the richness of our heritage.”

She says over the years she has learned by consulting and using a participatory model of action that has always served her well.

“I won’t necessarily say that I’ve been out in the forefront in the sense of pronouncing and providing avenues of leadership as much as I have been in terms of reflecting general consensus and the need to move together. I find that’s rich and that also carries people because everyone sees their role so that if I were to give advice, I would say that model has served me well.”

In the McGill publication, Focus online, Adelle Blackett, associate professor of law and one of the organizers of the conference which honoured the retired judge seems to concur.

Speaking about Justice Westmoreland-Traoré, she said: “She draws people to her, builds people up and does what she can to make sure that what she has learned through her experience is shared.”

Justice Westmoreland-Traoré has been honoured by the Bar of Quebec and the Canadian Bar Association as one of the women pioneers in the legal profession.

“People need to see models and mentors. It means that if there is that recognition for you and these outstanding awards for which I’m grateful, it also allows you to use that recognition to help others and I find that there is a striving on the part of many young people looking for mentors, encouragement, recommendations, assistance — you are able to help them. When you have that opportunity you’re required to use it in a positive way.”

The retired judge believes that education is a continuing process and although she has attended and contributed to countless seminars and programs, her knowledge has grown as well.

“It’s also a question of being conscious of networks and the fact that you need others and how you can contribute to those networks, not only in the Black community, the Caribbean community or people of Caribbean origin or African origin, but the larger community as well.”

On March 28, the University of the West Indies will present a Luminary Award to Justice Westmoreland-Traoré when it holds its Toronto Benefit Gala at the Ritz-Carlton hotel.

The award is given to people of Caribbean heritage who are outstanding achievers on an international scale in their respective fields or people who have brought to prominence issues which affect the Caribbean.

“I think what’s special for me about this award is that its coming from the University of the West Indies and obviously, the University of the West Indies is the cradle of education and culture and dynamism for that whole region and has provided so many pioneers in education and politics around the world so I’m really honoured by this,” says the former recipient of an African Canadian Achievement Award in the category of law.

“In a way, it’s coming from people who are related to my origins who understand what struggle is and who understand really what it is to build a society. Even if my parents are from Guyana, I think in the broader sense Guyana as an English-speaking country on the continent considers itself very much a part of the Caribbean so I claim that as well.”

Justice Westmoreland-Traoré is the spouse of Ismaïl Traoré; they have two adult sons.