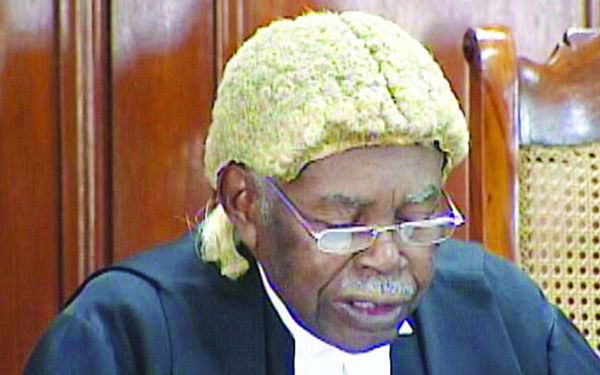 KINGSTON, Jamaica, CMC – Retired Jamaican high court judge, Boyd Carey, who also served the judiciary across the region, died on Monday at his home in Florida.

Carey, who was 85, served 32 years in the Judiciary of the Caribbean as a Judge of the Court of Appeal in Jamaica, The Bahamas and Belize.

For 25 years he was an associate tutor at the Norman Manley Law School, here, and the Eugene Dupuch Law School in The Bahamas.

In 2010, a court removed him as chairman of the commission of enquiry that looked into the collapse of the financial sector in the 1990s.

The Judicial Review Court ordered his removal because it found that he was indebted to the Financial Sector Adjustment Company (FINSAC).

Carey was born in Kingston, Jamaica, on January 1, 1930 and was educated at Kingston College and the University of London.

He is survived by his widow, Beverly, three daughters and a son.