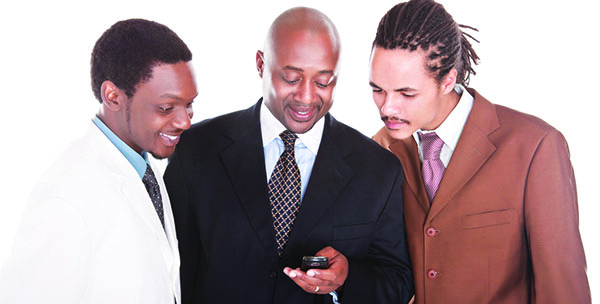 What’s the first thing that comes to mind when you think about black males in the United States?

That’s the question social entrepreneur Trabian Shorters would like more Americans to ask themselves.

“I’d follow that question with another: Is it good? – Because too often, the first thing people conjure up in their minds is an outdated, negative stereotype,” says Shorters, founder and CEO of BMe Community, a network of all races and genders committed to building better communities across the U.S. inspired by black men.

Shorters contends that defining any group by their challenges is the definition of ‘stigmatizing’ them and can cause you to relate to them in prejudiced ways that blind you to their contributions.

“BMe’s work is not about saving black men,” says Shorters who also is co-editor with Ben Jealous of the book “Reach – 40 Black Men Speaking on Living, Leading and Succeeding” (www.Reachwithus.com).

“It’s about recognizing black men’s everyday contributions to the well-being of society; and building America’s future based upon positive values that we all share. In the distorted dialog about race we forget that we all value good schools, safe streets, a strong economy and a healthy environment. The 18,000 members of the BMe Community do their part every day to secure those blessings for others.”

Shorters suggests a few steps that could lead to a change in perspective about black men.

• Know the facts: There are far more black males in colleges than in prisons. Black men serve this country in uniform at a higher rate than all other men, according to the U.S. Army. The rate of business creation by black males has been growing at nearly twice the national average for more than a decade, according to the U.S. Census. According to the National Institutes of Health, black men who live with their children are the most likely to bathe, dress, diaper and interact with them daily. Also, black men who do not live with their children are the most likely to still maintain contact even after remarrying.

• Update the narrative: Shorters and others connected to BMe Community, including Ben Jealous, Russell Simmons and philanthropic leaders across the country, believe that a more consistent and authentic portrayal of black men’s love for creativity, community, commerce and country will inspire progress.
“People only remember the statistics that reinforce what they already wanted to believe, but meaningful stories and experiences have the power to change minds,” he says. “That’s why we’re spotlighting an abundance of untold stories through our book, events, web content and community-enriching activities that people of any race or gender can join in.”

“The president is absolutely correct about the necessity to value all people and invest in black males as assets,” says Shorters, who, as vice president of the John S. & James L. Knight Foundation, consulted in the formation of Obama’s My Brother’s Keeper Alliance for boys and men of color.

“BMe actually goes a step further than the White House on this subject in that we don’t believe it’s a matter of closing gaps. There are 33 countries better at math education and 26 better in science education than the US, according to a 2015 Pew Report. If black boys caught up to white boys, then we would all be 26th in the world together. Black boys need to be focused on excellence; white boys do, too, and each and all children deserve the opportunity to pursue their greatness.”